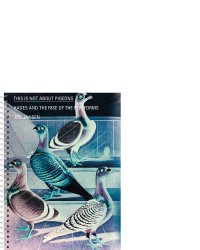 Hades was a powerful god in classical Greek mythology. His ‘Helmet of Darkness’ enabled him and the other gods to be invisible during their sometimes-ambiguous quests. Therefore, the helmet became proverbial for those who conceal their true nature...

Digital platforms such as Uber, Amazon, Tinder and Airbnb, with their invisible Hades-esque algorithms, have drastically changed social structures and human behaviour — and not always for the better. They have given a completely new meaning to such concepts as work, employment, dating and tourism.

The invasive nature of their algorithms is said to be largely derived from the extremely addictive mechanisms of the gaming industry and the classical pigeon-learning experiments performed last century by American psychologist B.F. Skinner.

Jos Jansen is a visual artist whose work spans photography, film, data visualisation, writing and psychology. His chief concerns include learning to see where people’s boundaries lie in relation to technology, science and nature. Do we still control technology — or does technology control us?