> Universe / Facts in the post-truth era 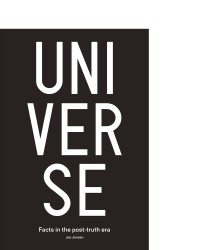 Universe / Facts in the post-truth era 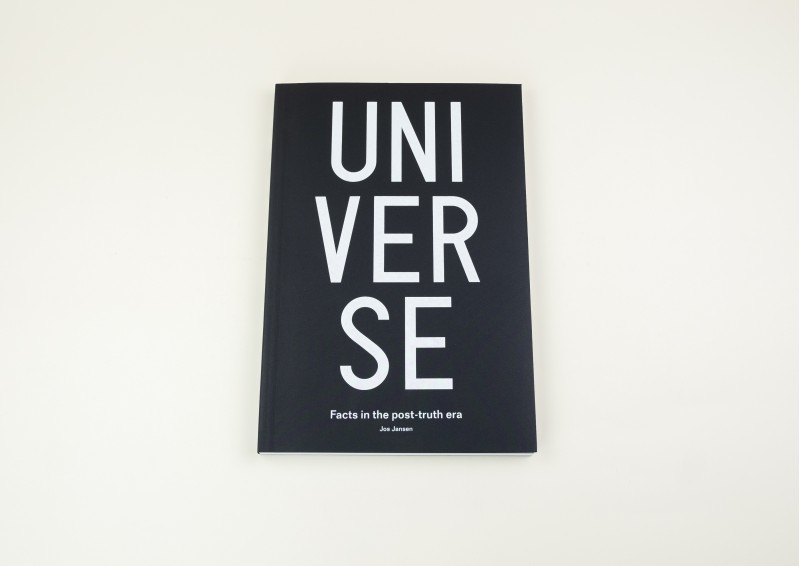 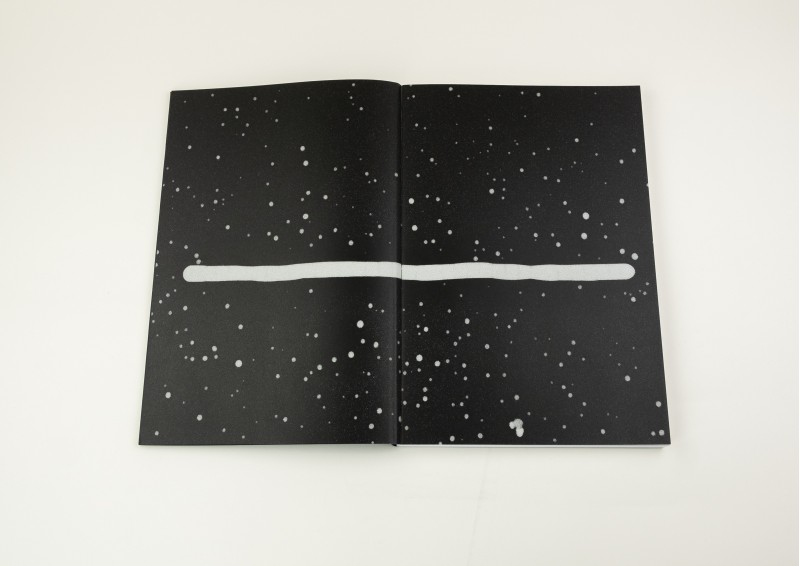 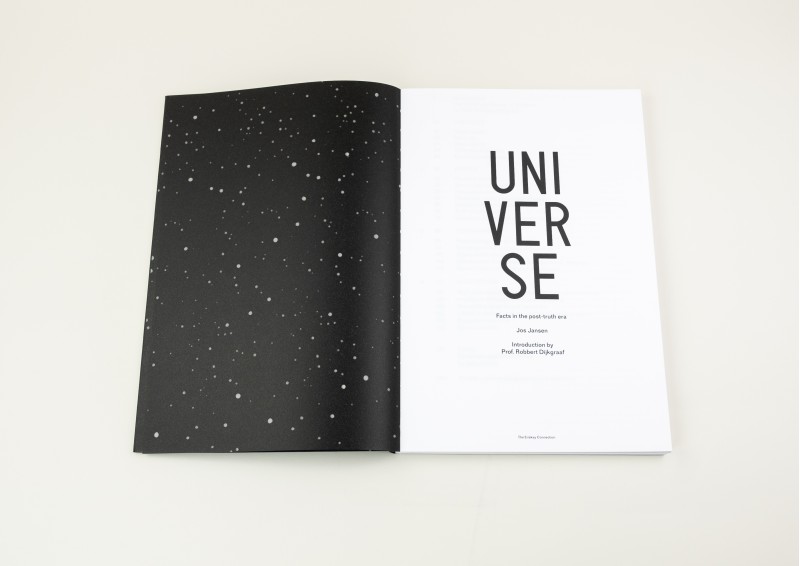 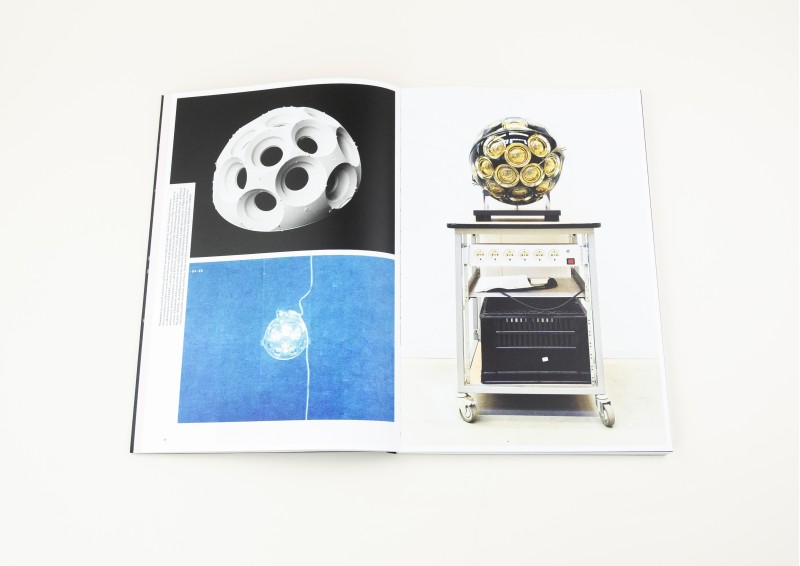 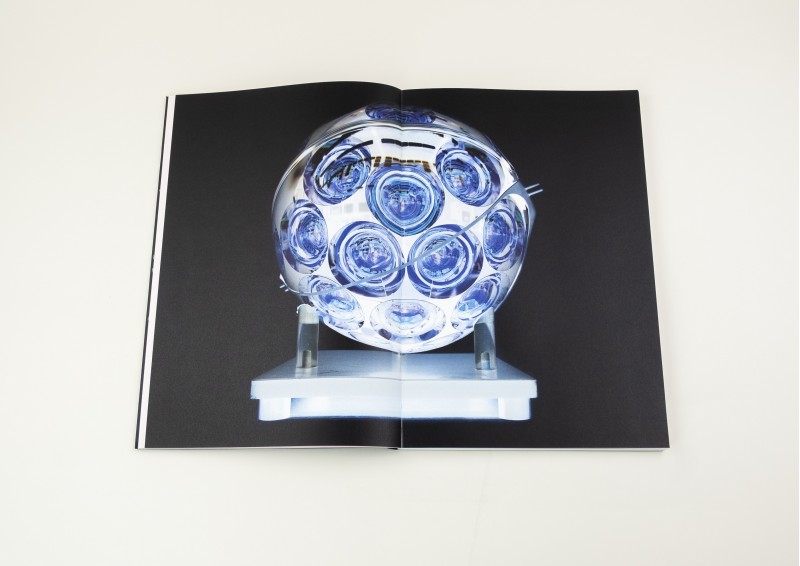 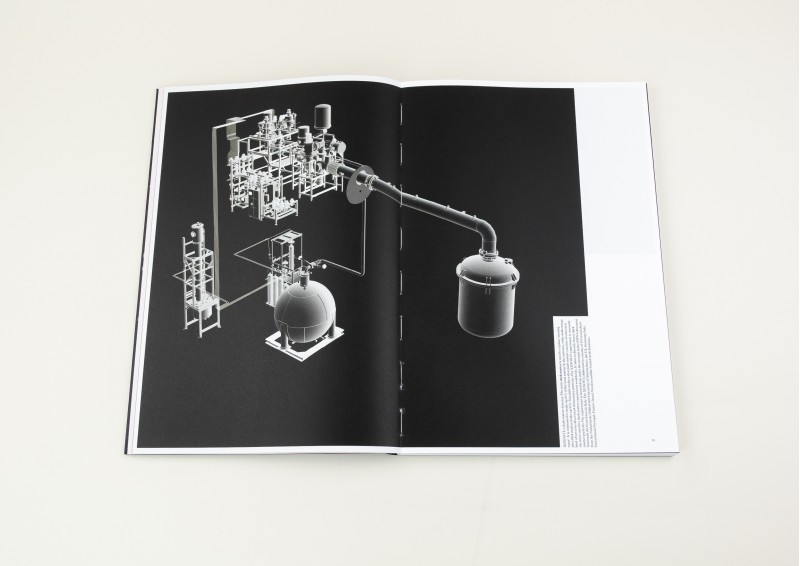 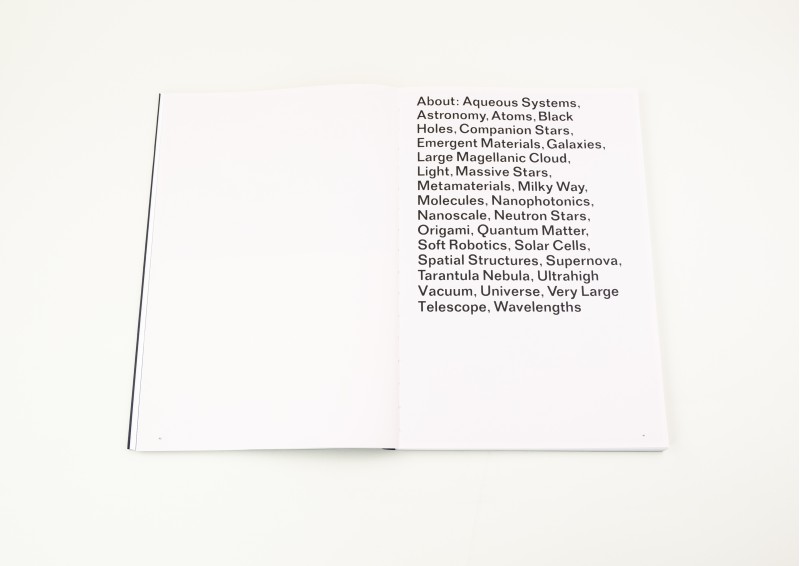 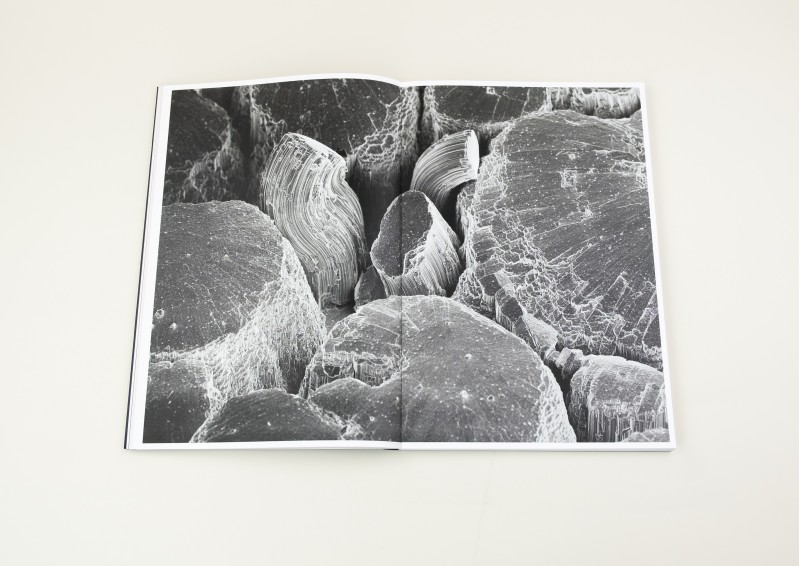 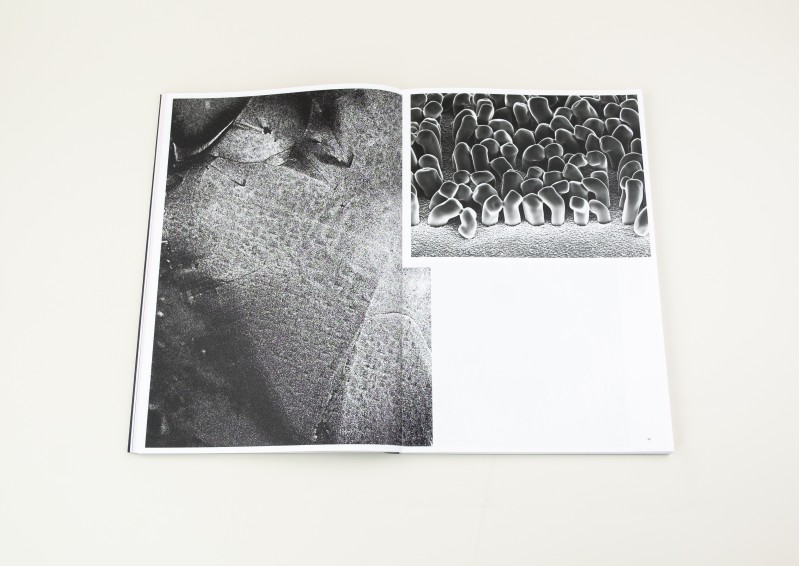 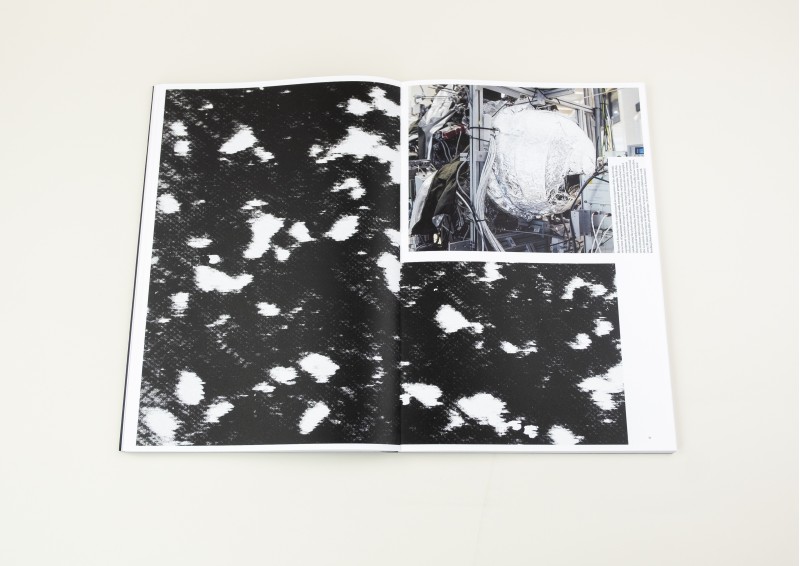 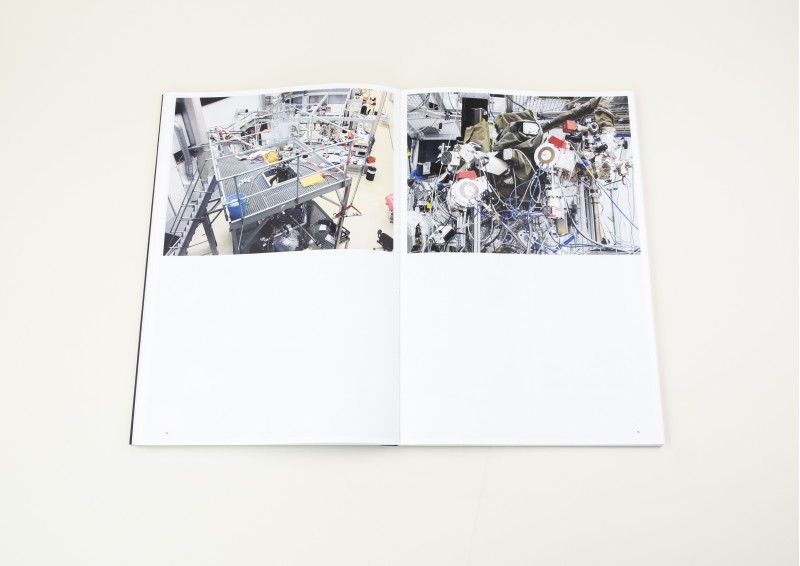 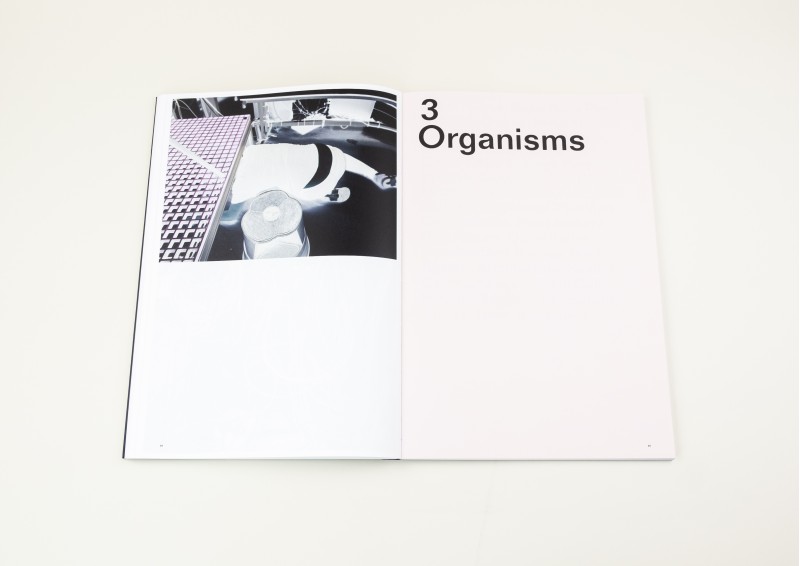 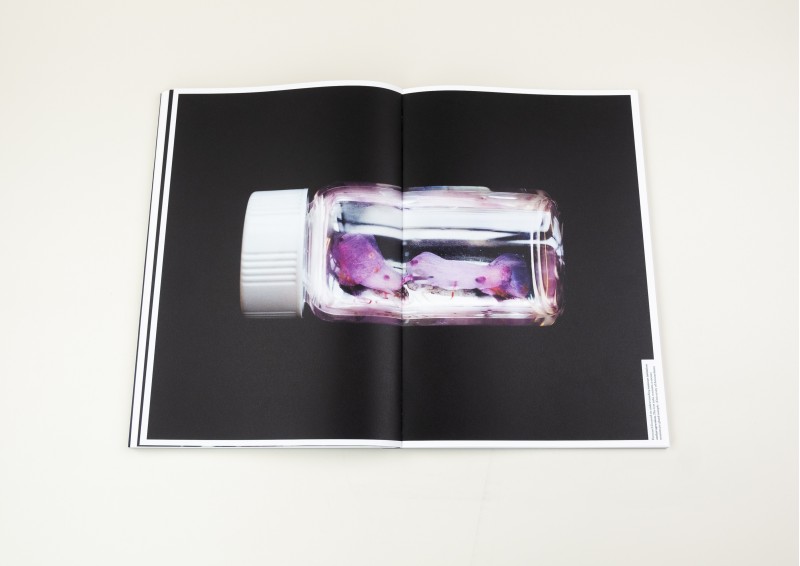 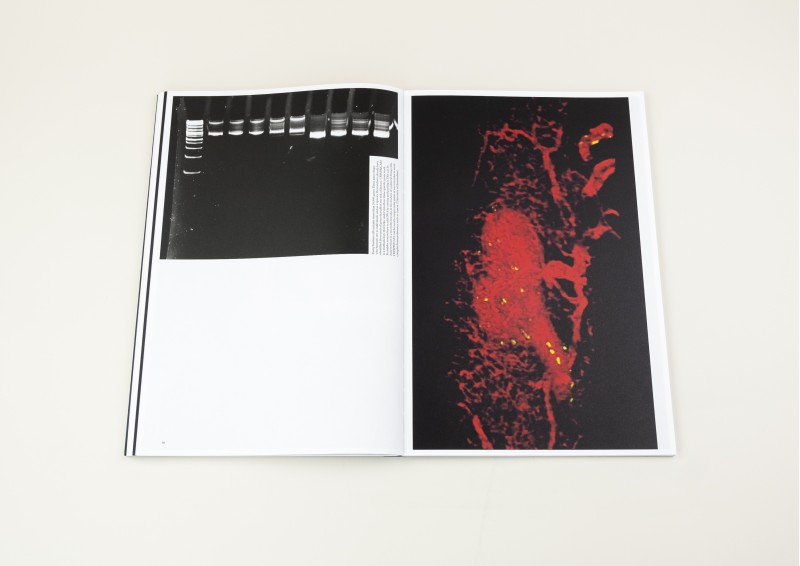 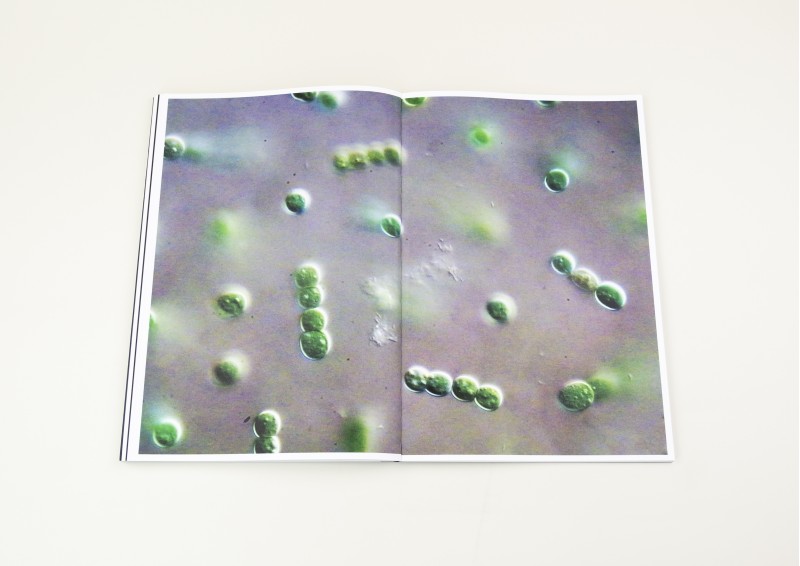 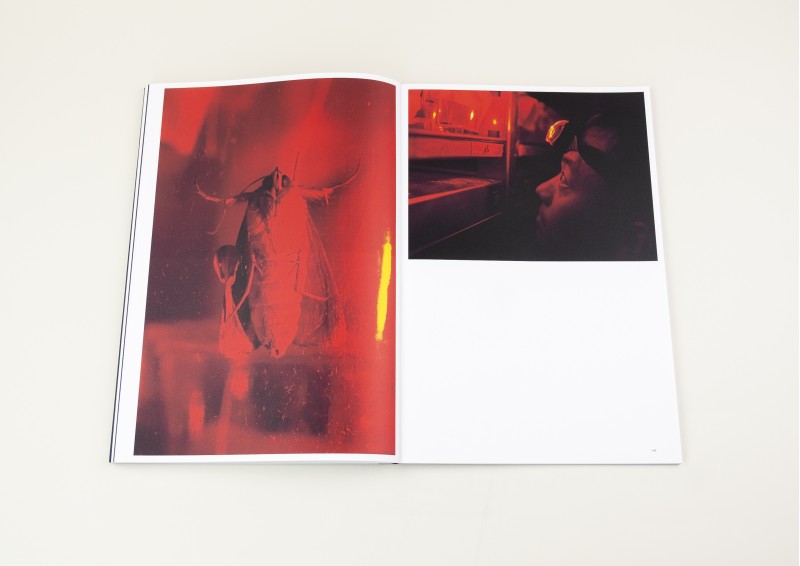 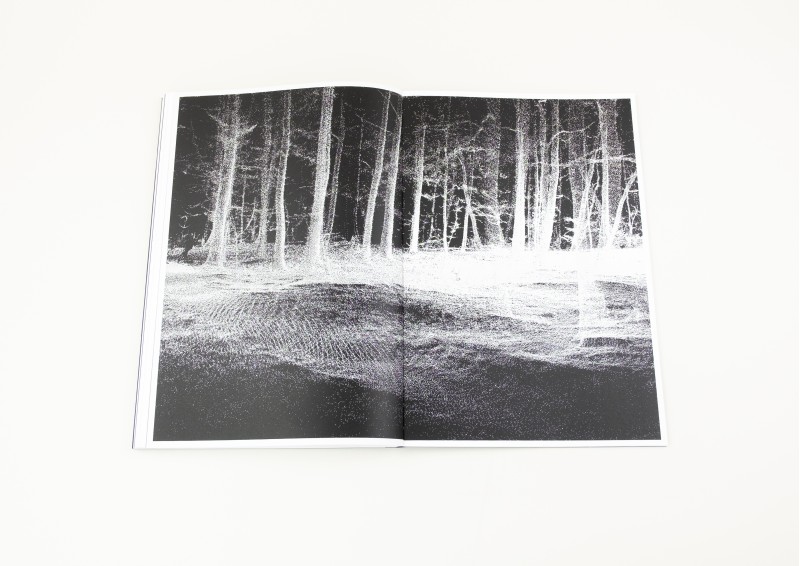 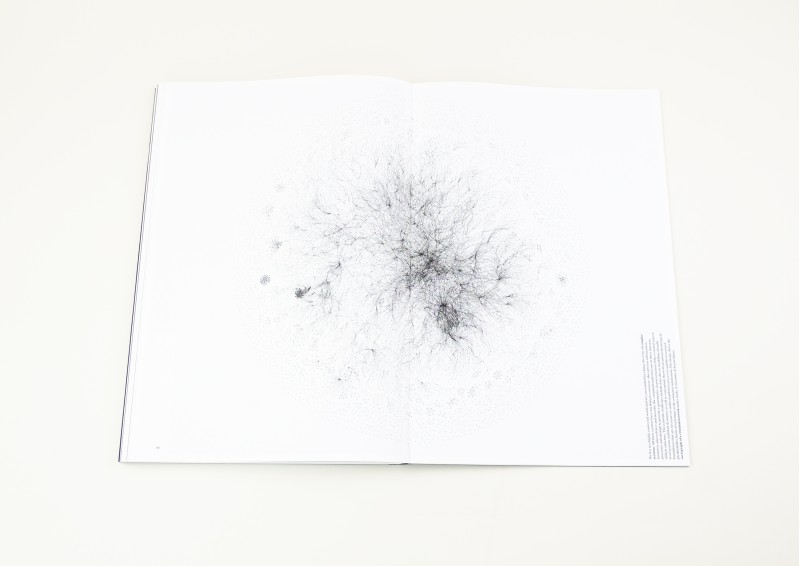 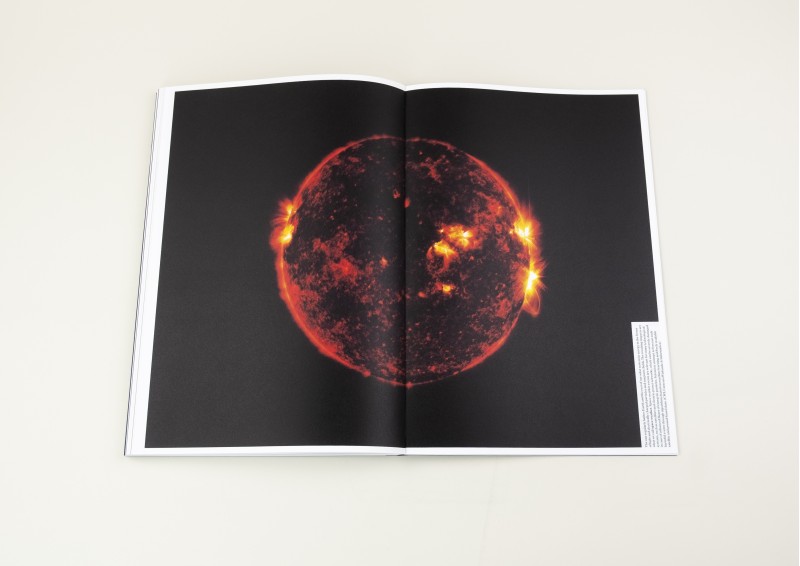 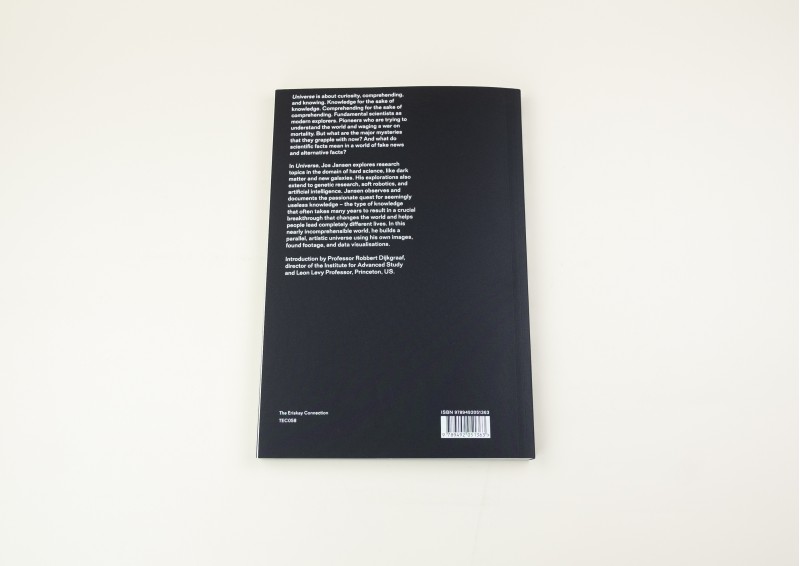 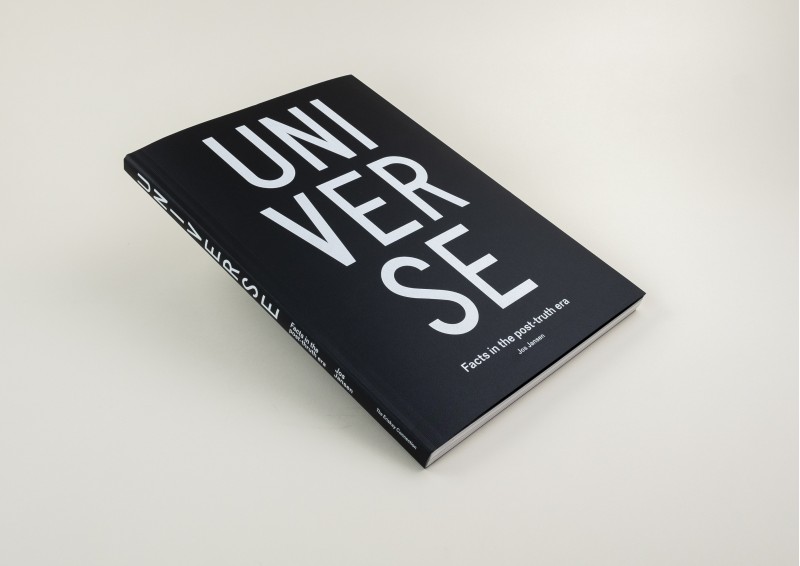 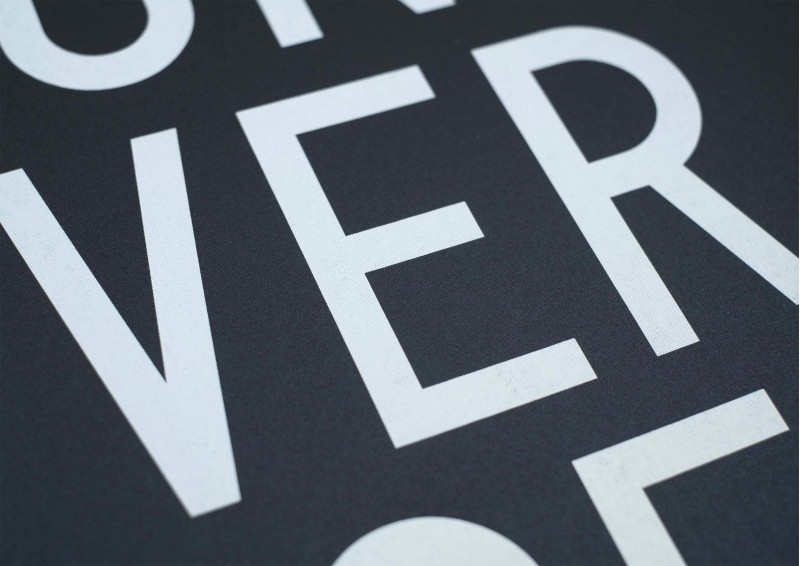 Jos Jansen’s artistic work interrogates the relationship between people, science, technology and nature. In Universe, he visually examines fascinating and groundbreaking research topics in the ‘beta domain’, such as gravitational waves, new galaxies, soft robotic matter and the latest DNA technology. In this almost incomprehensible world, Jansen constructs a parallel and artistic universe, using his own images, found footage, and data visualisations.

Universe is a book full of traces referring to a world where science, fantasy and art meet. It’s about the unobstructed pursuit of seemingly useless knowledge. About facts in an era of ‘alternative facts’ and long-term thinking in a time full of short-term distractions, driven by curiosity, freedom and imagination.

Jansen’s ability to establish in-depth contacts with executives and scientists enables him to gain access to the inner workings of hightech research labs and scientific conglomerates of companies and institutes. He connects his personal fascination with science and technology with the desire to make meaningful visual material. His background as a psychologist is reflected in his eye for the human presence in his projects. Universe is a richly layered book that connects the mysticism of fundamental research with essential basic knowledge in an accessible way.

The Universe project evolved from a documentary assignment commissioned by the Amsterdam Fund for the Arts (AFK) and the Amsterdam City Archives. The images for this project were captured at Amsterdam Science Park (University of Amsterdam, Nikhef, Amolf, CWI, ARCNL, Surfsara, Equinix and others).

Including essays by Prof. Robbert Dijkgraaf and Jos Jansen. Dijkgraaf is Director of the Institute for Advanced Study in Princeton, New Jersey (US), one of the world’s leading centres for theoretical research and intellectual inquiry.

Universe will be Jansen’s fourth book to be published with The Eriskay Connection, following Battlefields (2015), Seeds (2014) and Entering the black box (2012).

Jansen’s work spans image-making (photography, film and data visualisation), writing, investigative journalism, psychology and philosophy. His chief concerns include learning to see where people’s boundaries lie, especially in relation to technology, science and nature. Do we still control technology – or does technology control us?

Although he takes reality as a starting point, his narratives intend to be personal and subjective, bridging the divide between reality and fiction, and between art and documentary. Photo books, writings, exhibitions and video installations are favourite media to present his work.

Prof. Robbert Dijkgraaf is a mathematical physicist who has made significant contributions to string theory and to the advancement of science education. He is now Director of the Institute for Advanced Study in Princeton, New Jersey (US), one of the world’s leading centres for theoretical research and intellectual inquiry. Dijkgraaf is a distinguished public policy adviser and passionate advocate for science and the arts. For his contributions to science and his leadership and outreach in science education and public policy, Dijkgraaf was awarded the Spinoza Prize, the highest scientific award in the Netherlands, in 2003.