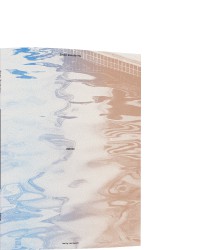 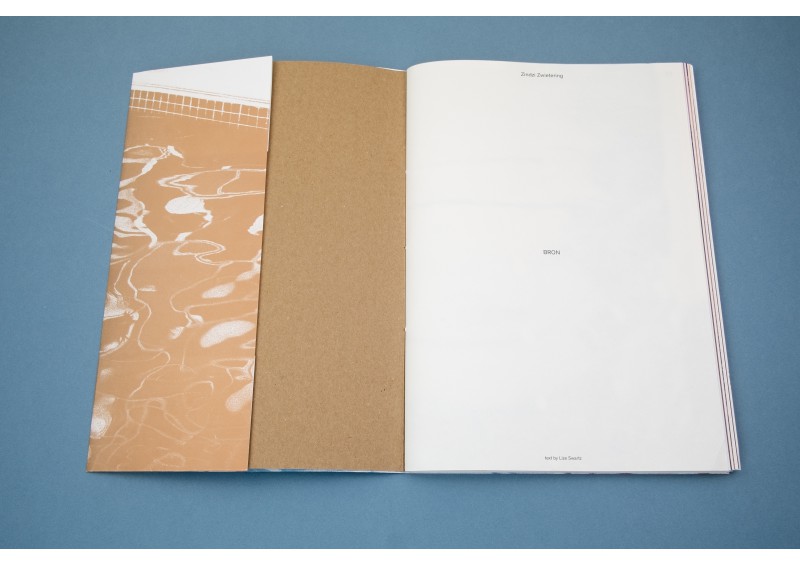 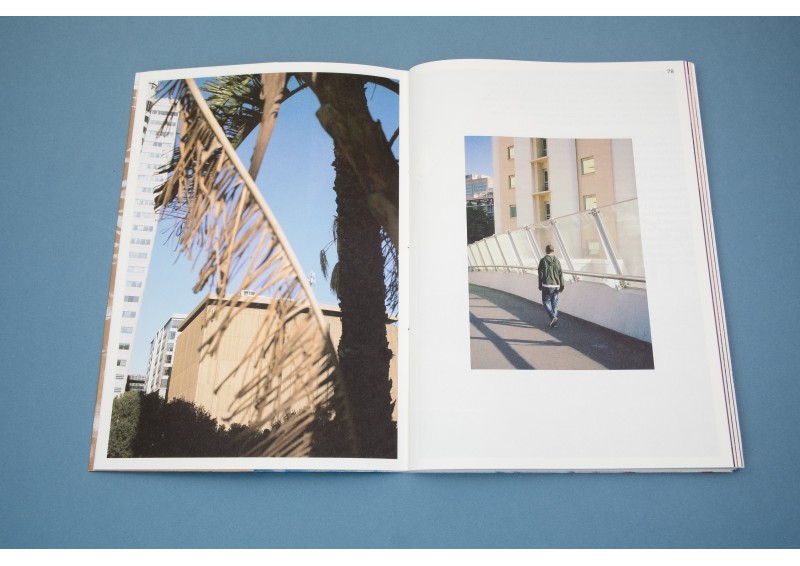 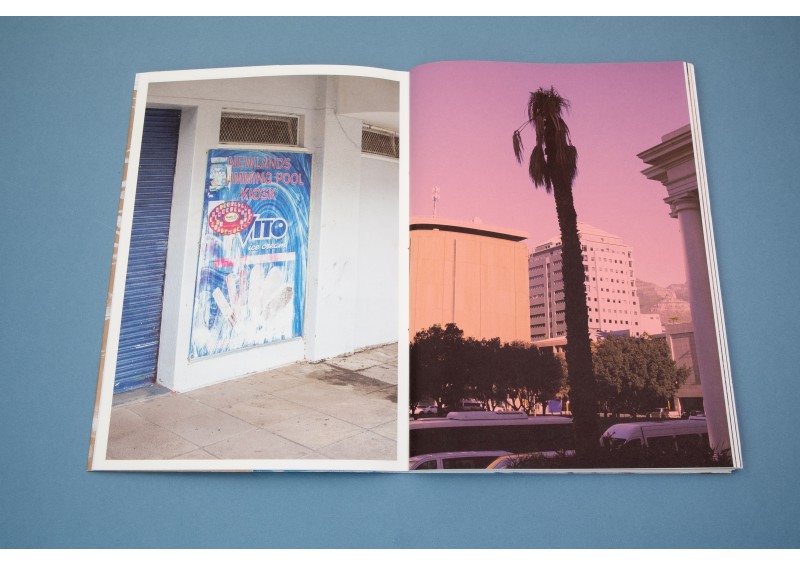 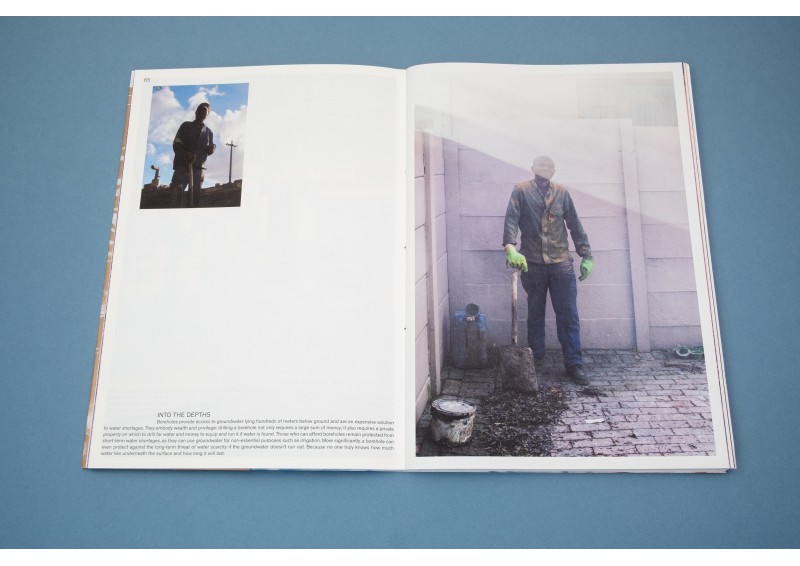 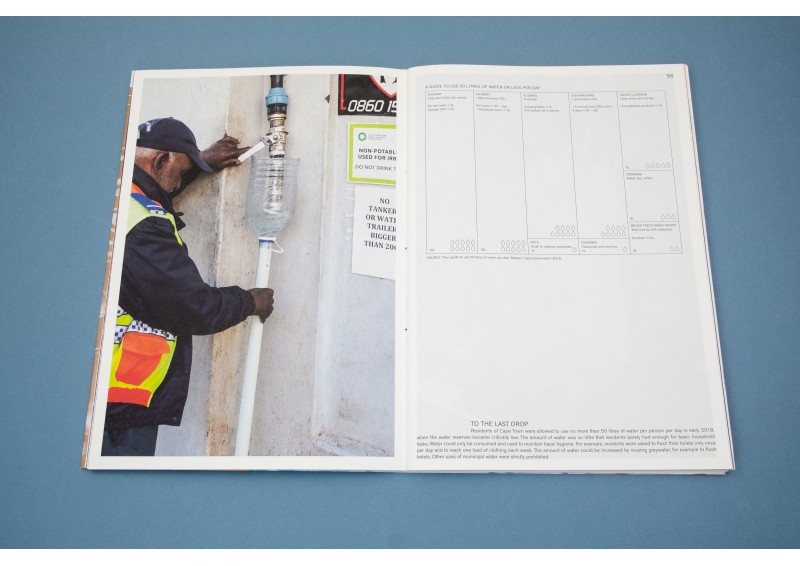 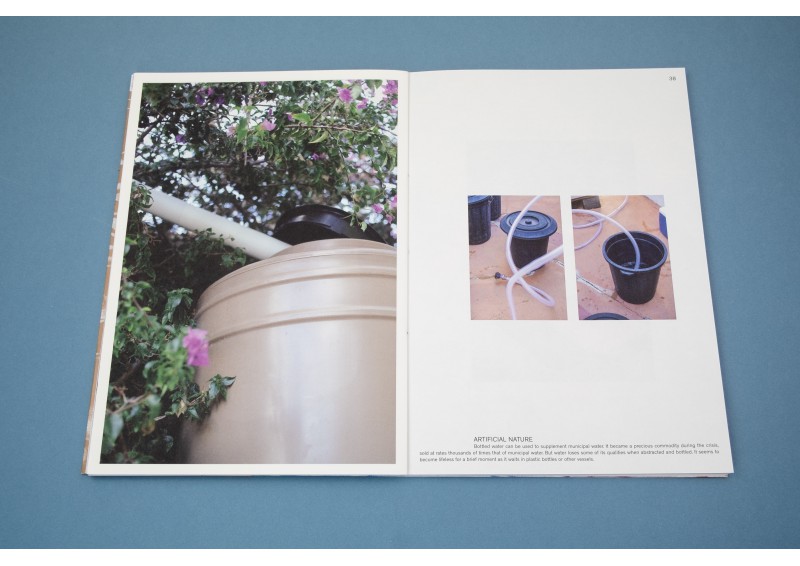 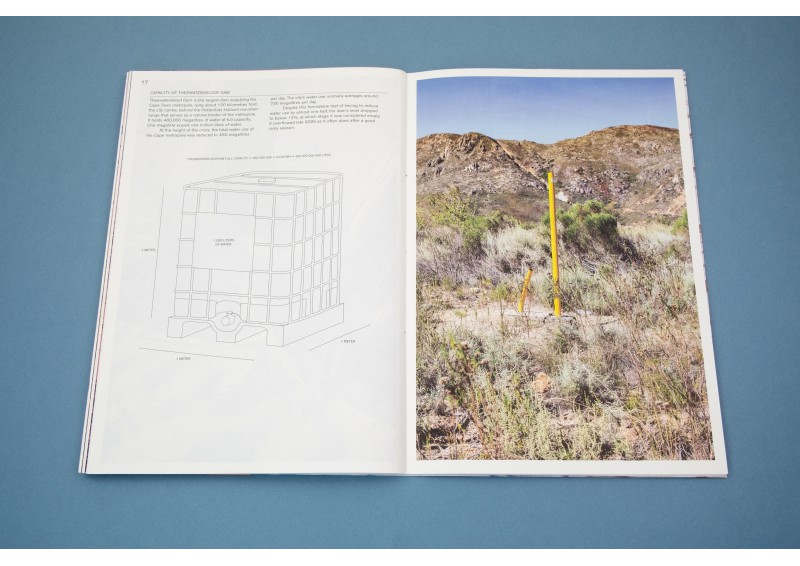 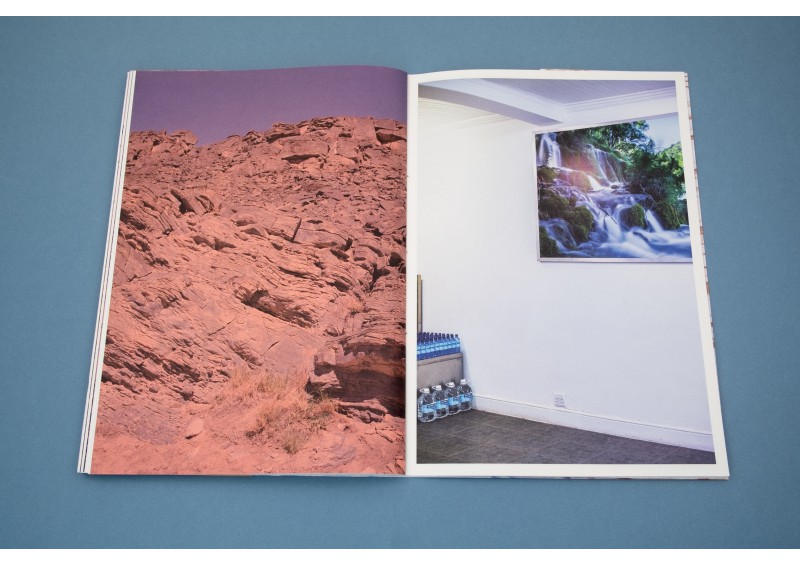 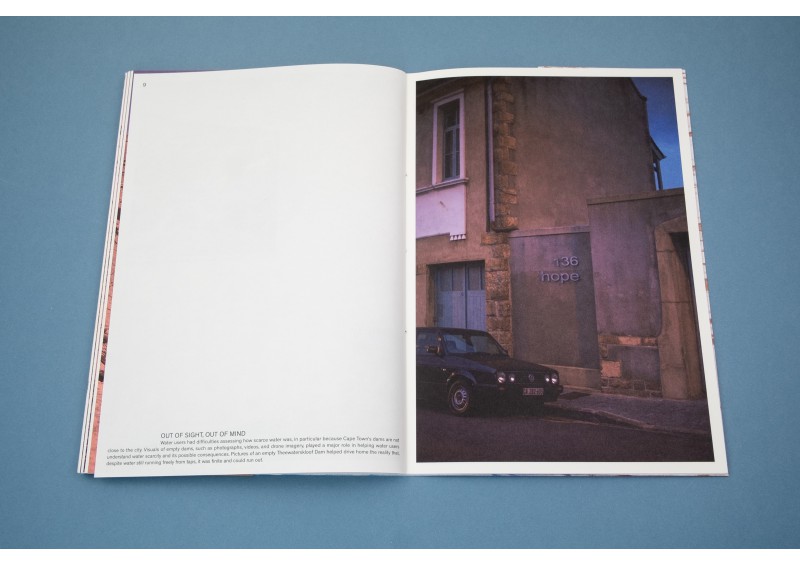 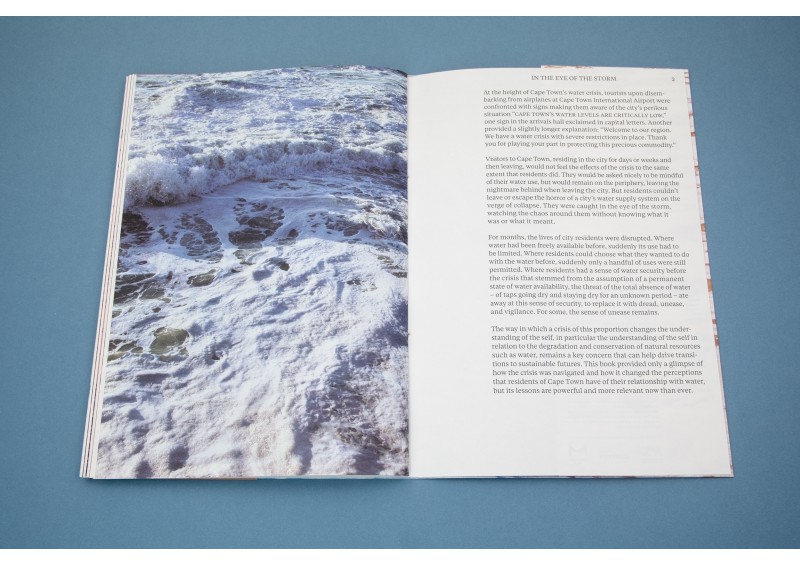 I saw empty pools and recycled my water at home. Still, I found it hard to grasp. The scarcity turned out to be way less visible than I expected and that exactly interested me. Only when I saw the empty dams outside the city, I realised that something was really wrong.

April 12, 2018: Day Zero, the day that the whole city of Cape Town would run out of water. The countdown to Day Zero was supposed to be a countdown to chaos. Zindzi Zwietering (NL) spent two months in the city to document the crisis.

Bron reflects on South Africa’s water crisis and questions how urban citizens relate to a changing earth. An earth on which a quarter of the world population deals with extreme shortages. We are highly dependent on natural sources, but they have become more and more invisible for citizens of urban areas. How can we as a society really comprehend the significance of the situation as long as there is still water flowing from our taps?

Bron investigates the human perspective, not only on one country, but on a world exposed to climate crisis. Zwietering brings to life how invisible phenomena increasingly shape our daily lives. She renders the abstract clear and brings the hidden into focus.

About Zindzi Zwietering
Zindzi Zwietering (NL) focuses on invisible phenomena that increasingly shape our daily life. Photography is her starting point which often evolves in various other forms of art as silk screens, drawings and for example ceramics. She holds a BA in photography from the Royal Academy of Arts in The Hague, received the Mondriaan Stipend for Emerging Artist and exhibited her work at the Lakenhal Museum, Art Rotterdam, Unfair, Unseen and Dutch Design Week.