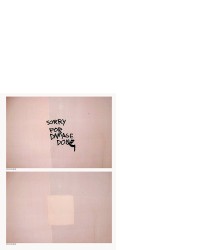 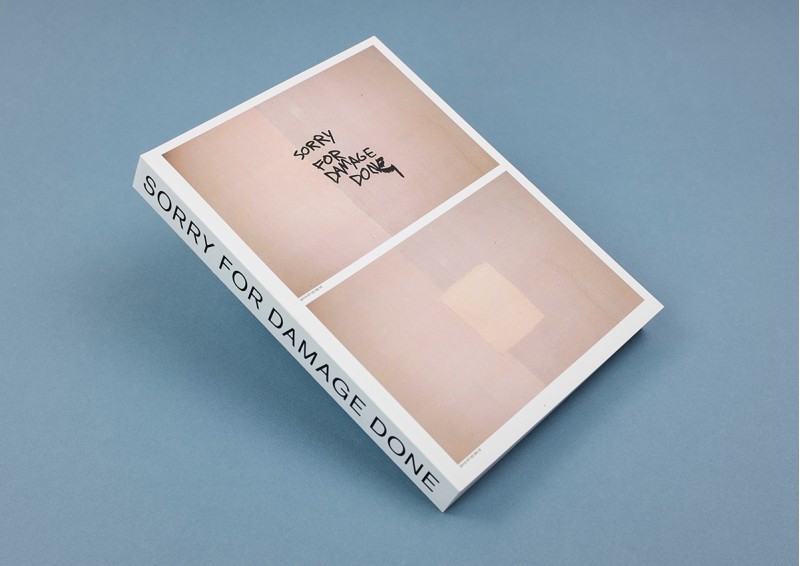 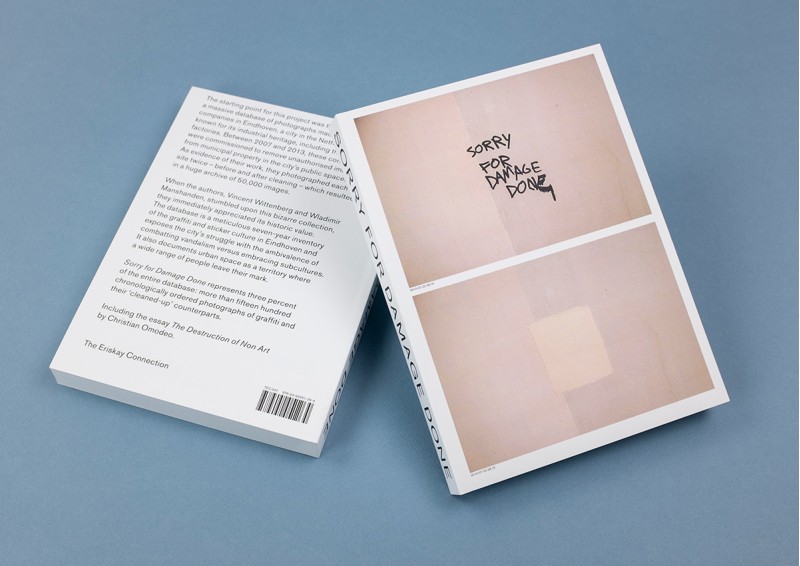 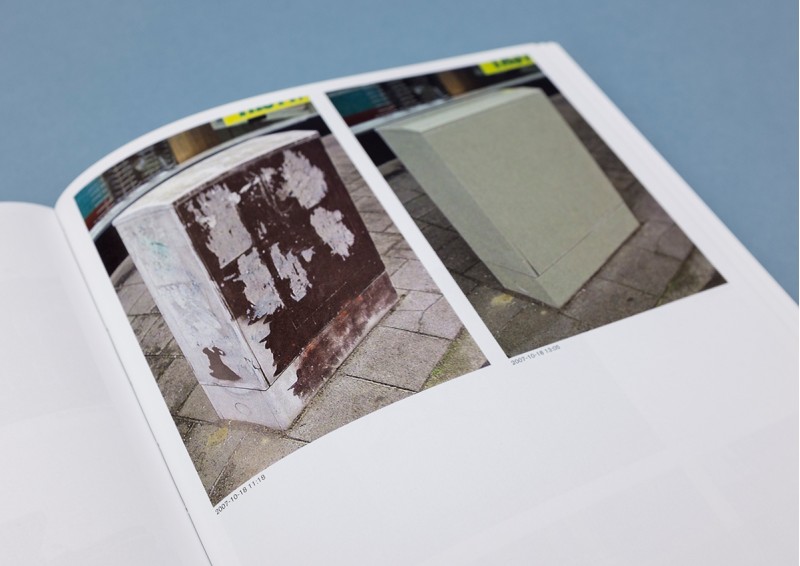 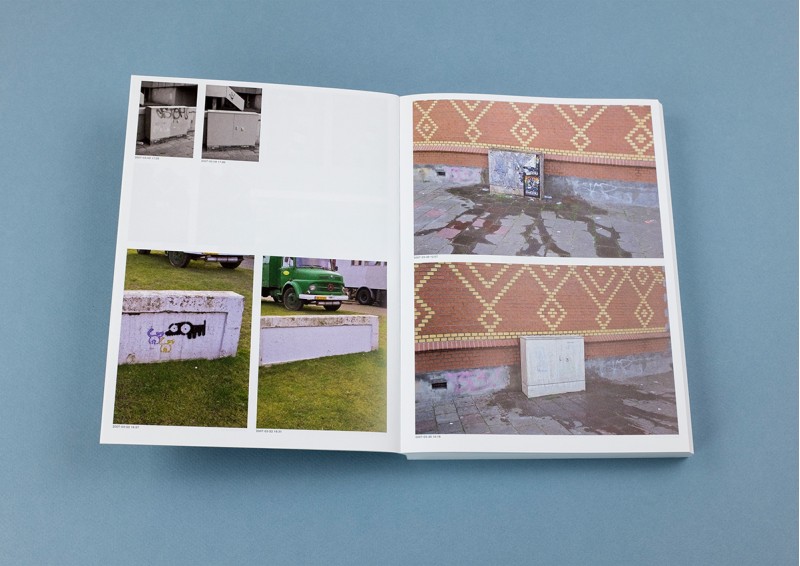 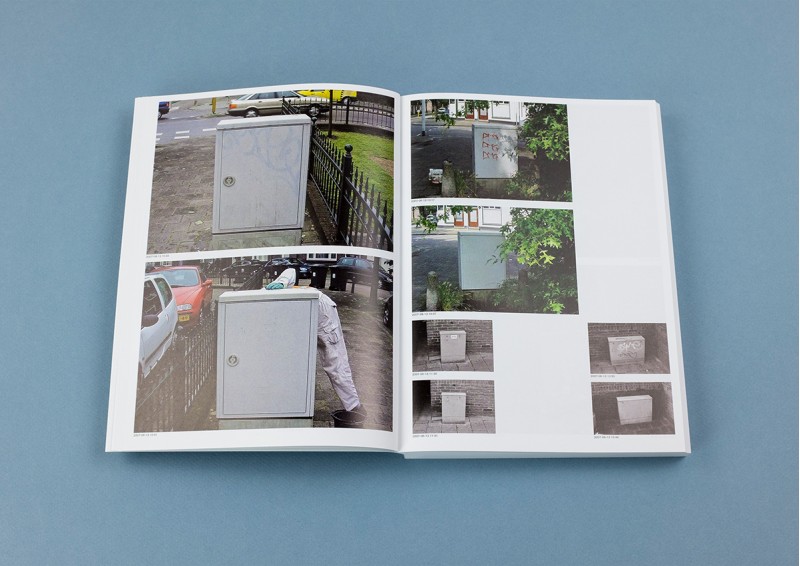 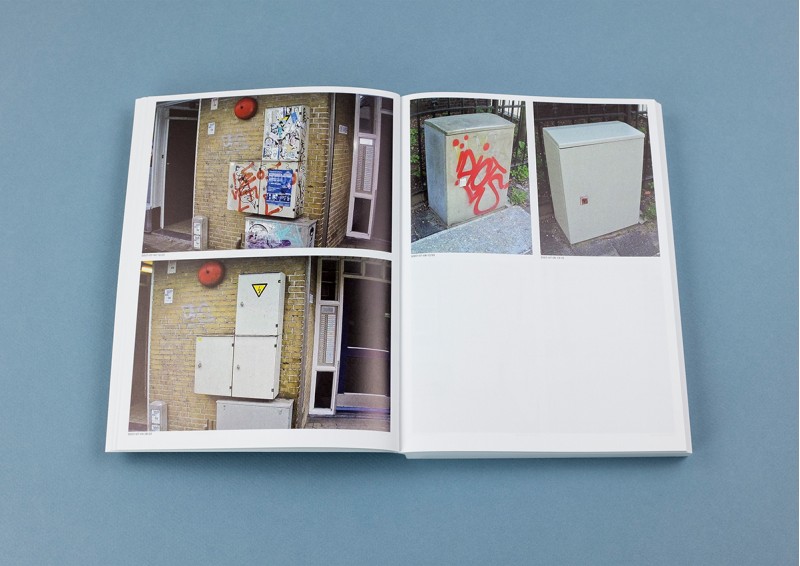 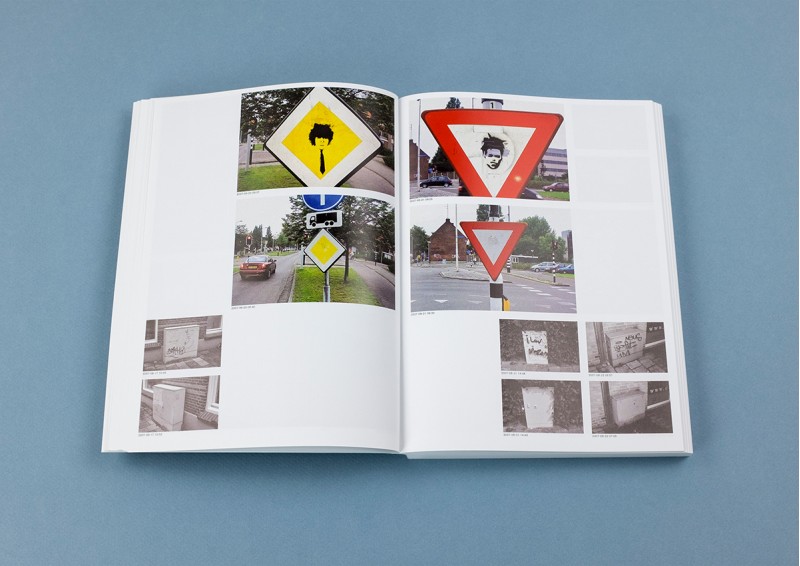 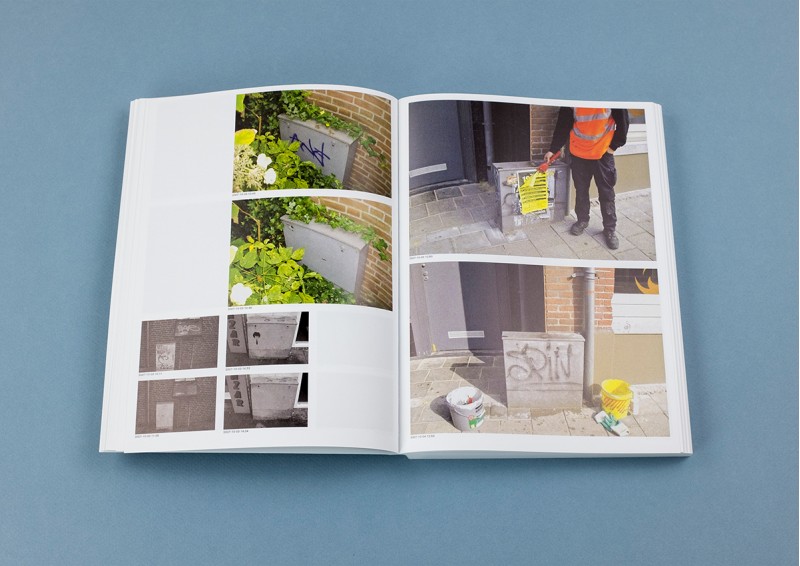 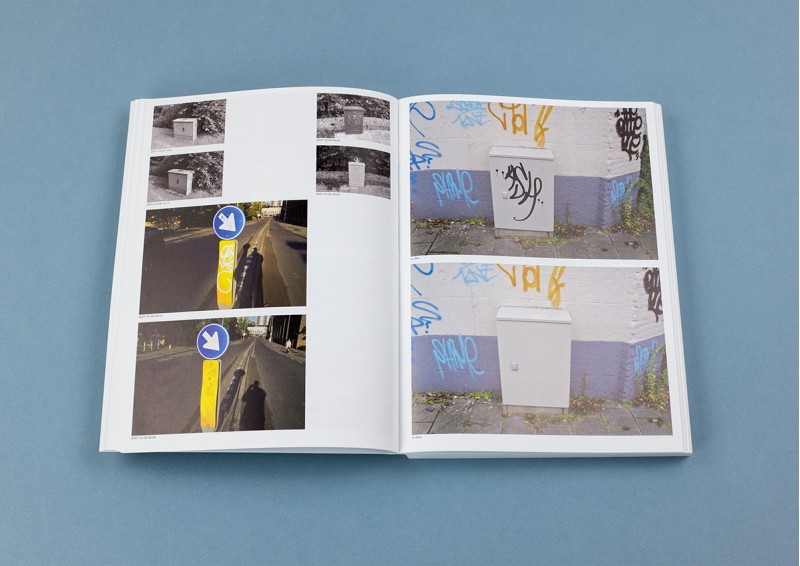 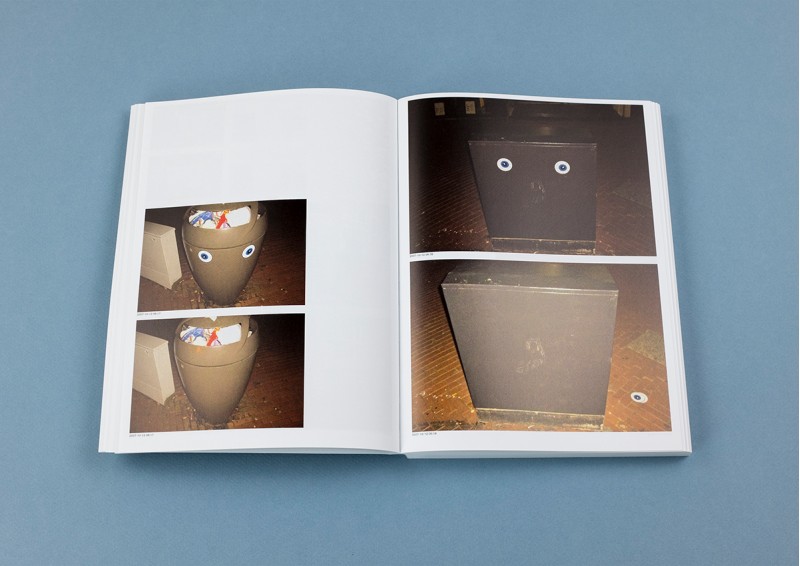 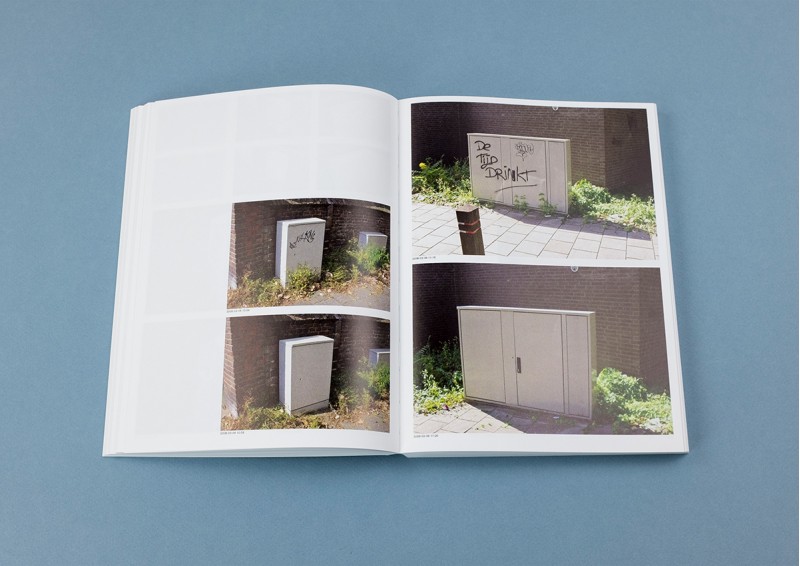 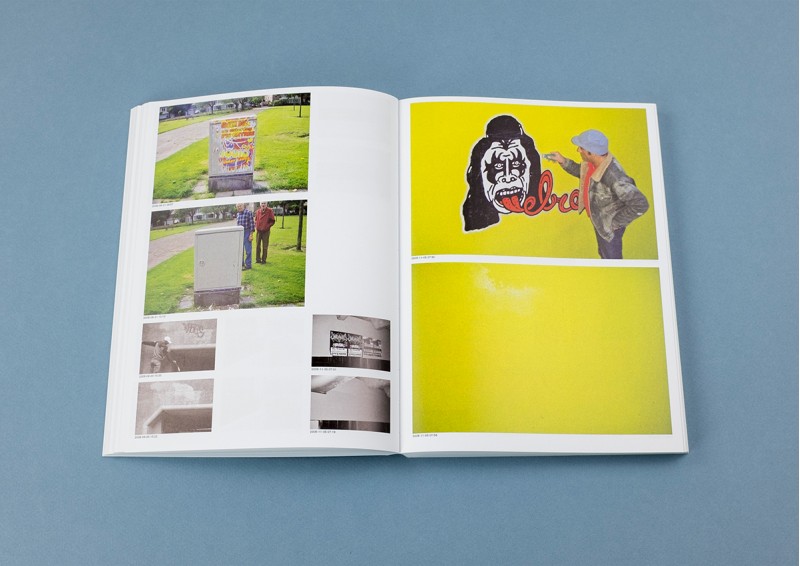 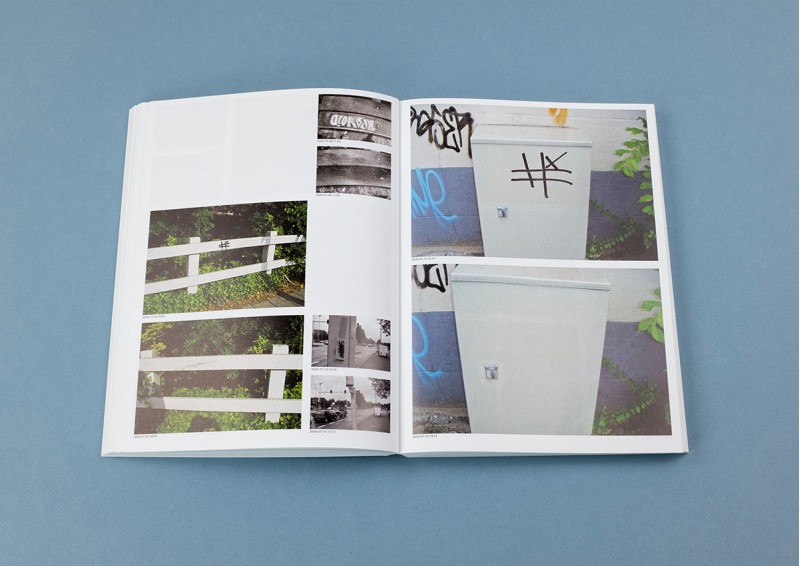 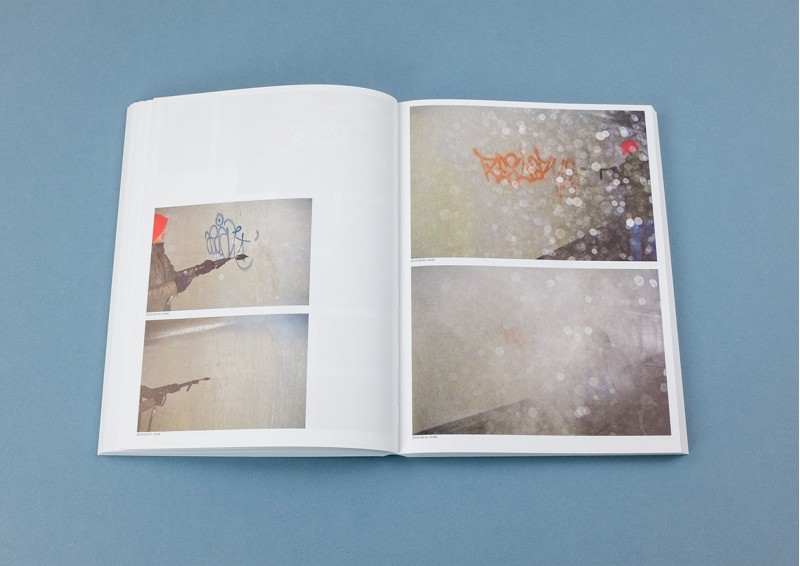 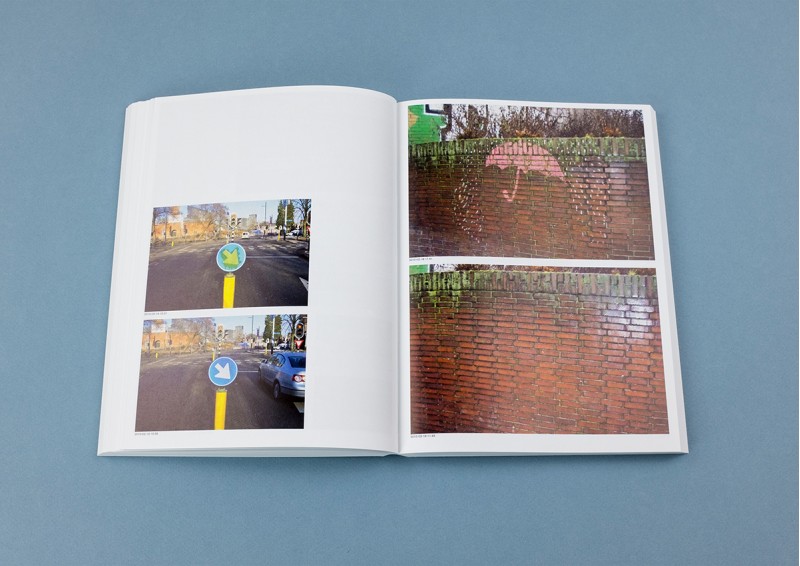 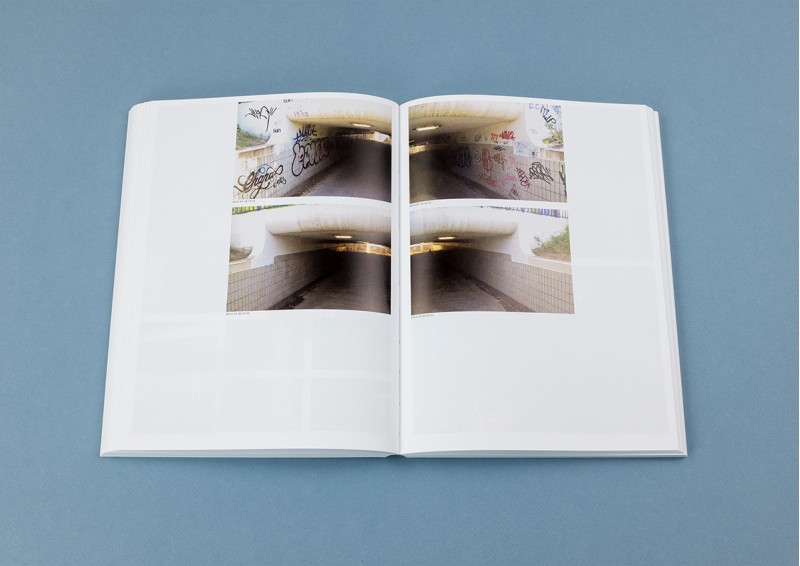 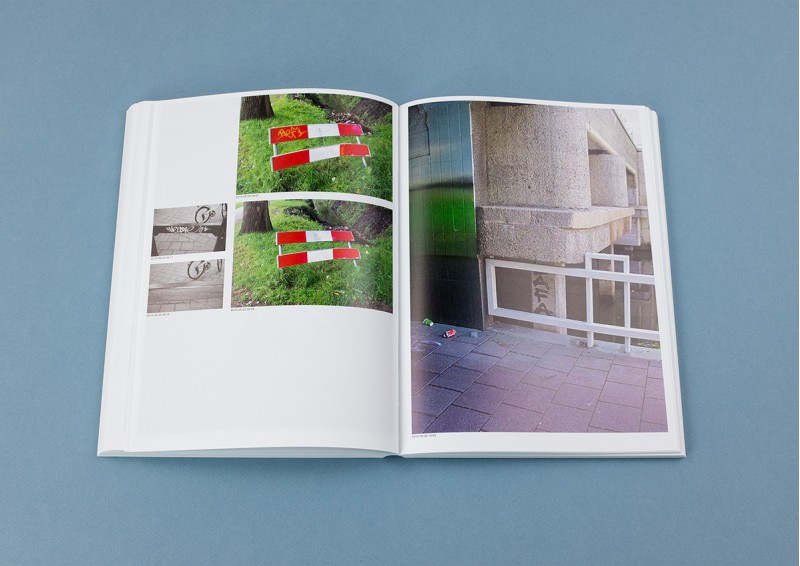 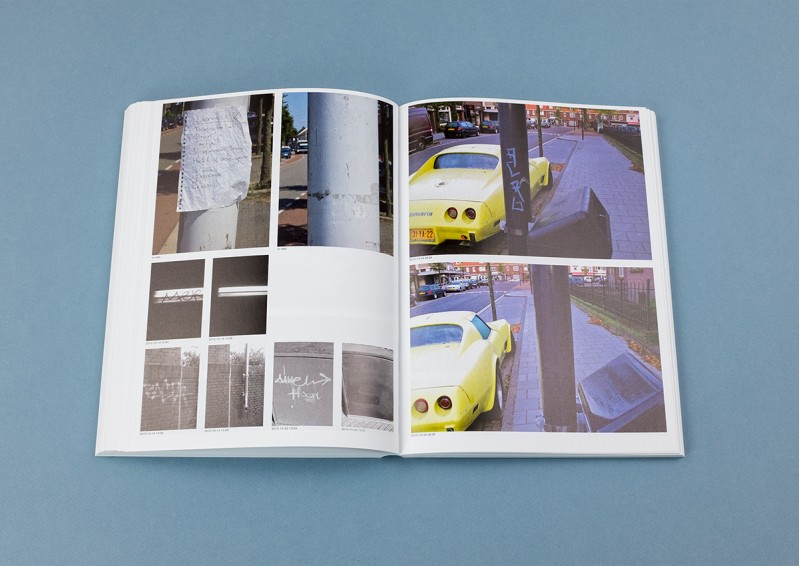 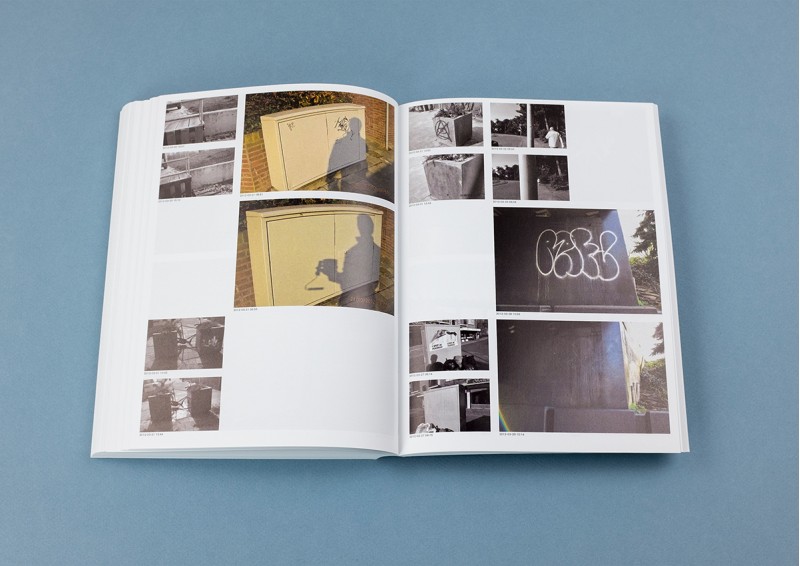 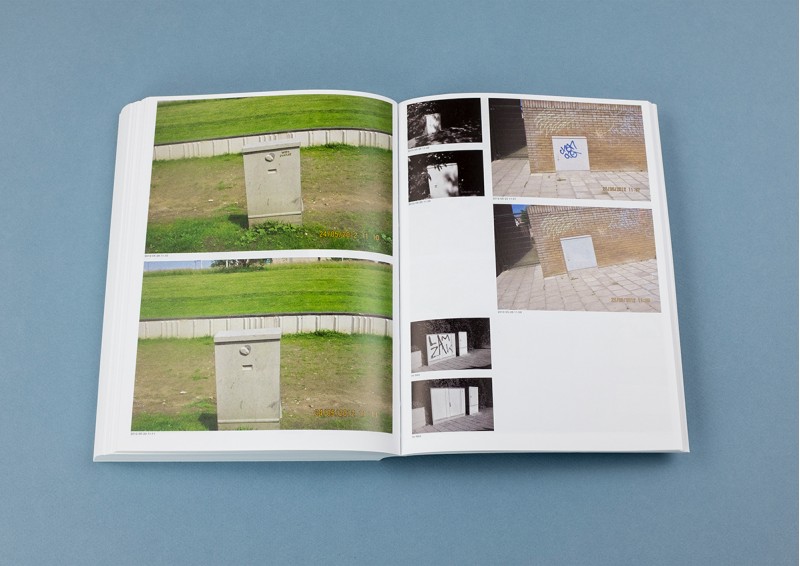 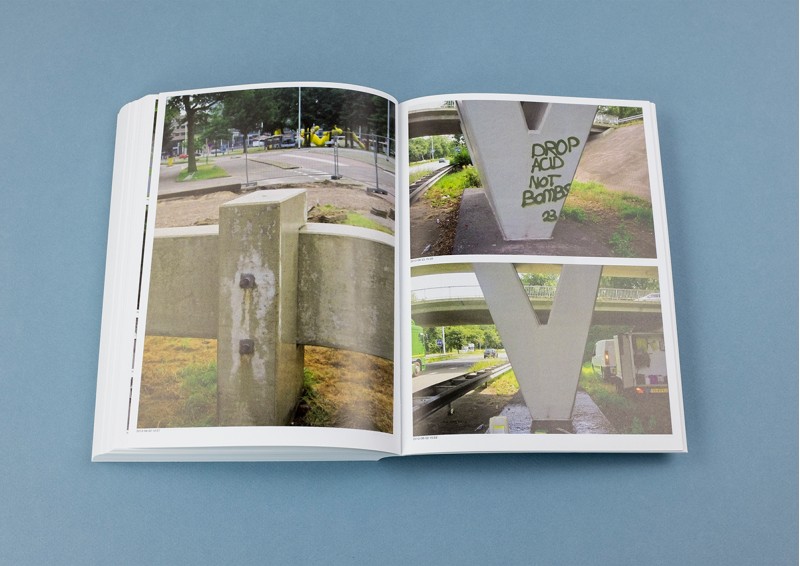 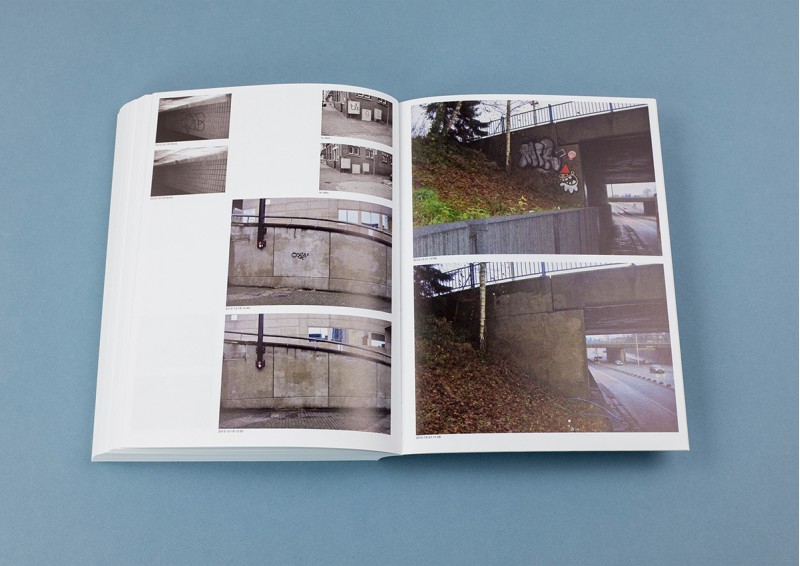 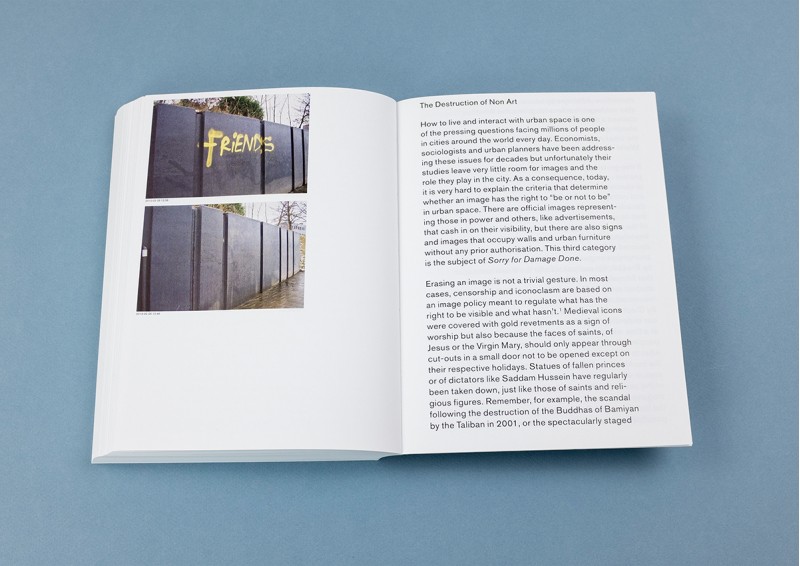 The starting point for this project was the discovery of a massive database of photographs made by cleaning companies in Eindhoven, a city in the Netherlands known for its industrial heritage, including the Philips factories. Between 2007 and 2013, these companies were commissioned to remove unauthorised images from municipal property in the city’s public space. As evidence of their work, they photographed each site twice – before and after cleaning – which resulted in a huge archive of 50,000 images.

Often, the dull images are unintentionally exciting and amusing, or contain a fascinating play between the ‘before’ and ‘after’ states. Sometimes one can wonder about the need for cleaning when the results are not necessarily an improvement of the old situation. But luckily, one can also find severely degraded locations being neatly refurbished.

When the authors, Vincent Wittenberg and Wladimir Manshanden, stumbled upon this bizarre collection, they immediately appreciated its historic value. The database is a meticulous seven-year inventory of the graffiti and sticker culture in Eindhoven and exposes the city’s struggle with the ambivalence of combatting vandalism versus embracing subcultures. It also documents urban space as a territory where a wide range of people leave their mark.

Including the essay The Destruction of Non Art by Christian Omodeo, who reflects on the debate on the dividing line between art and vandalism.

About Vincent Wittenberg
Vincent Wittenberg is a socially engaged spacial designer. Through interventions he reacts on his environment in both conceptual as physical ways. His ‘products’ are catalysts or vehicles for change. He graduated from the Design Academy Eindhoven in 2009, and is currently an ambassador for desired spontaneous vegetation at Gewildgroei.

About Wladimir Manshanden
Wladimir Manshanden is a committed city dweller and street artist. He works under the pseudonym MANSHANDEN OP STRAAT, and aims to show the city of Eindhoven in a more friendly and poetic light. Together with photographer Rob Stolk, he often takes people on urban safari, touring around the city’s orphaned viaducts, hidden street art and other forgotten places.