> Layers of Reality - Perception Study of a Synaesthete 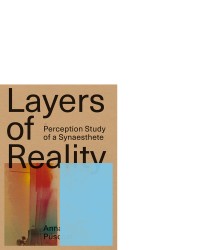 Layers of Reality - Perception Study of a Synaesthete 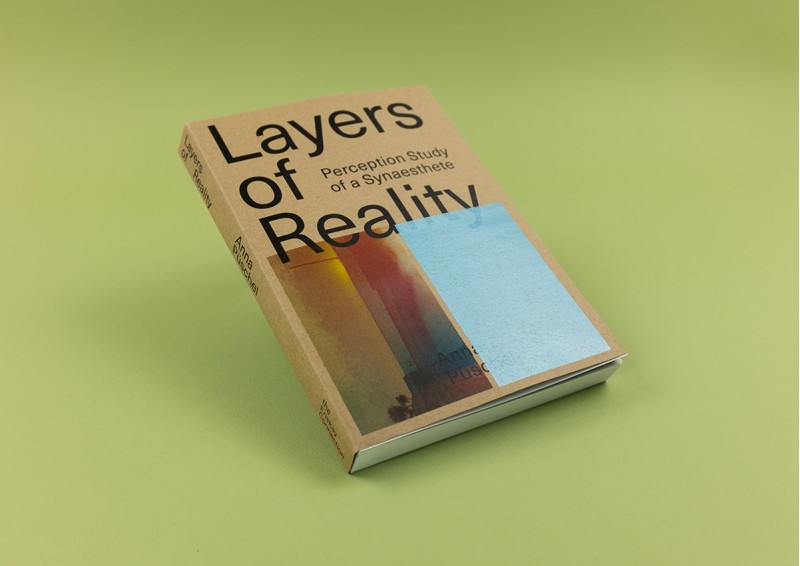 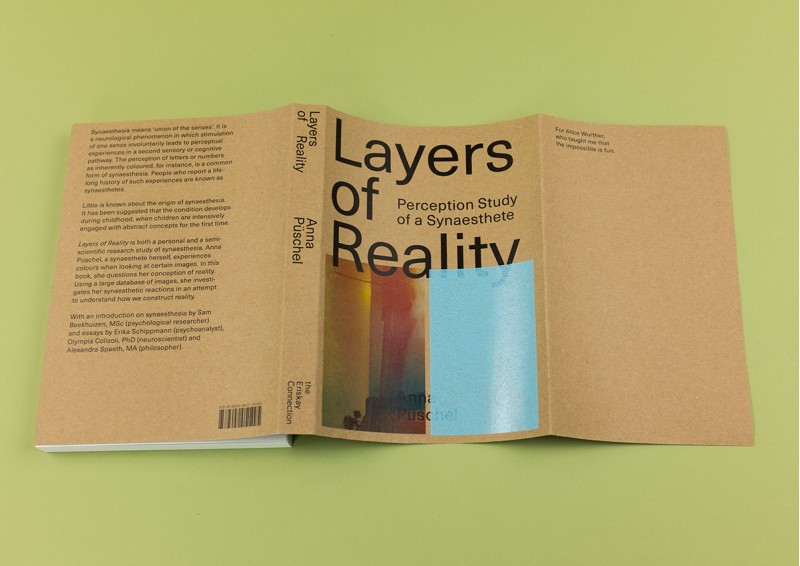 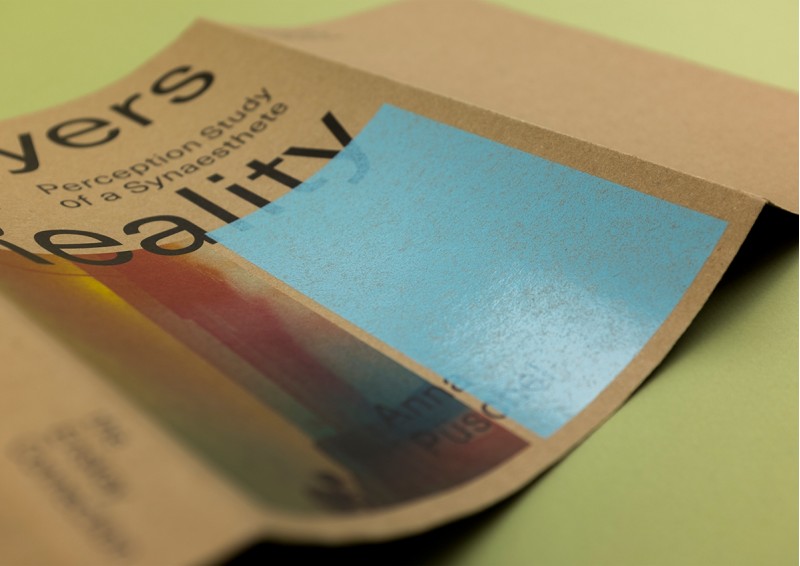 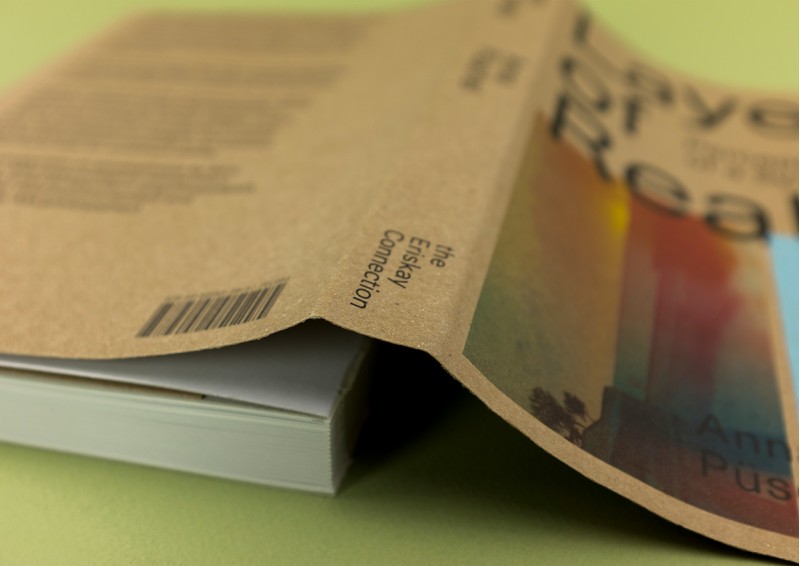 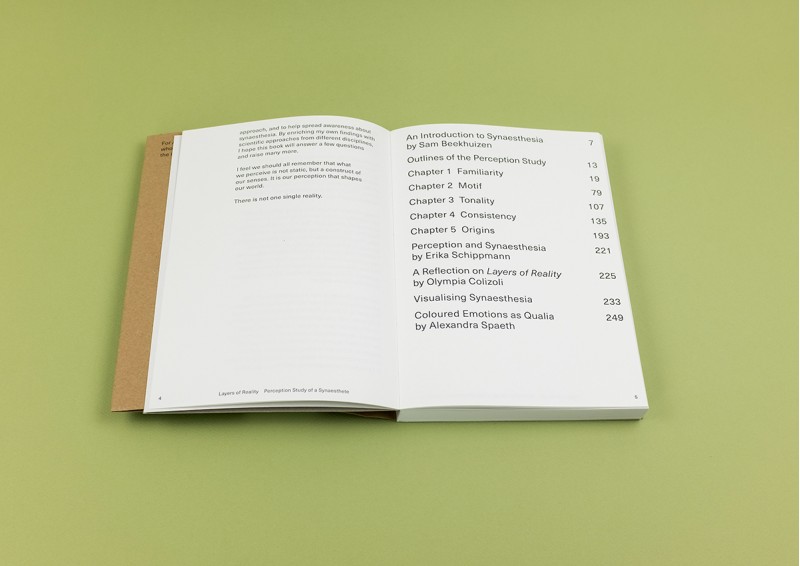 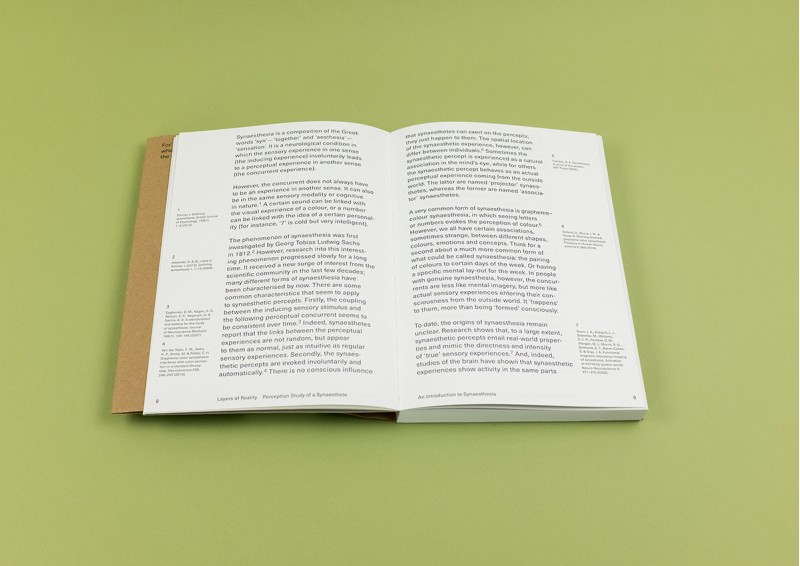 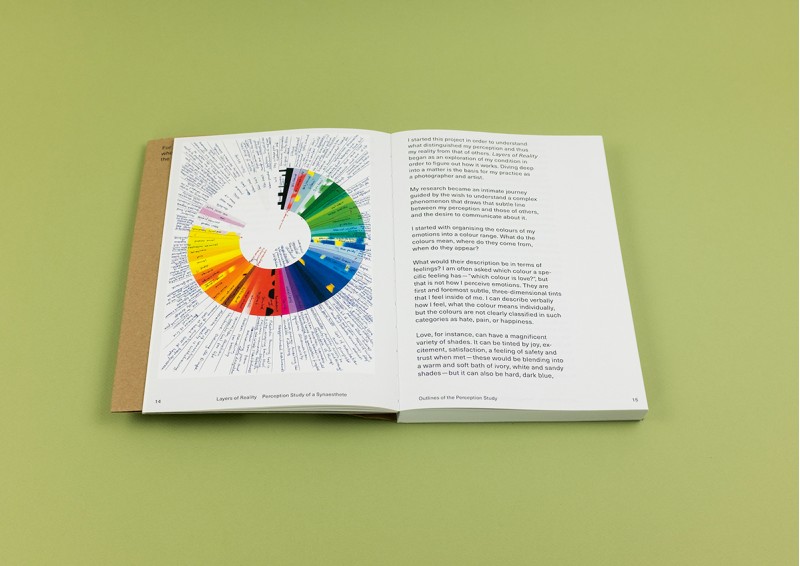 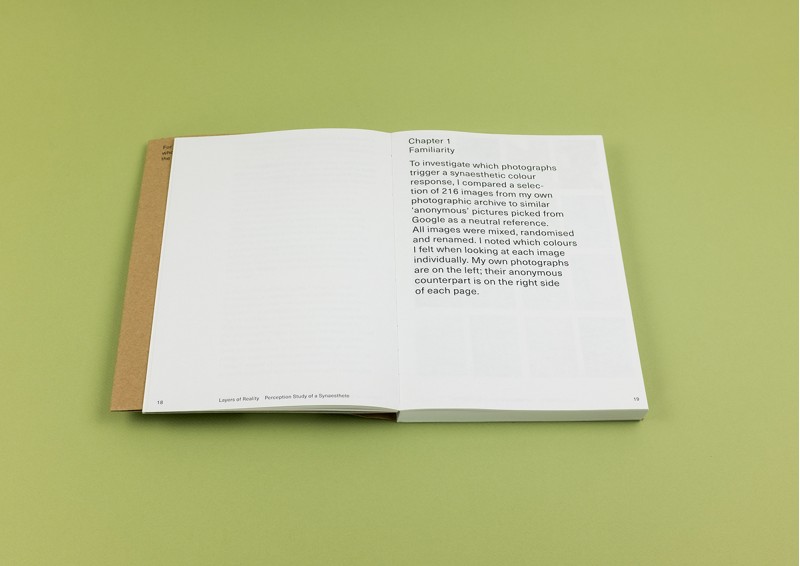 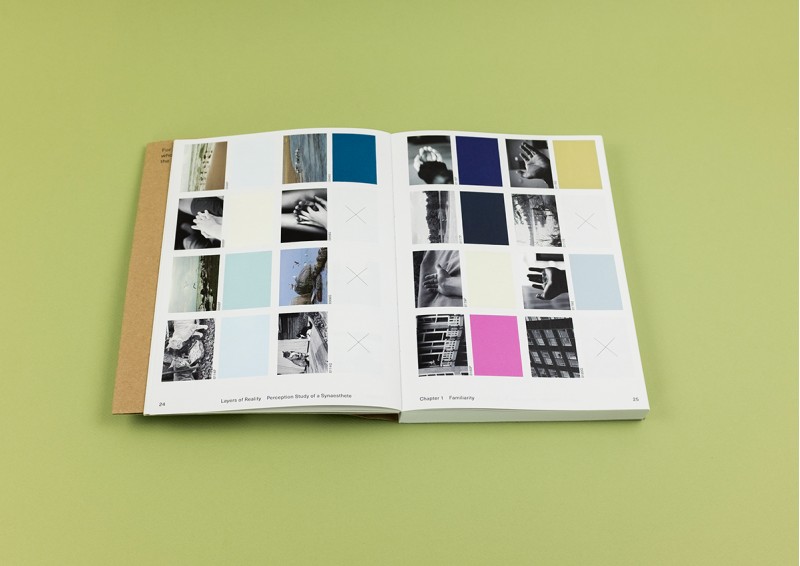 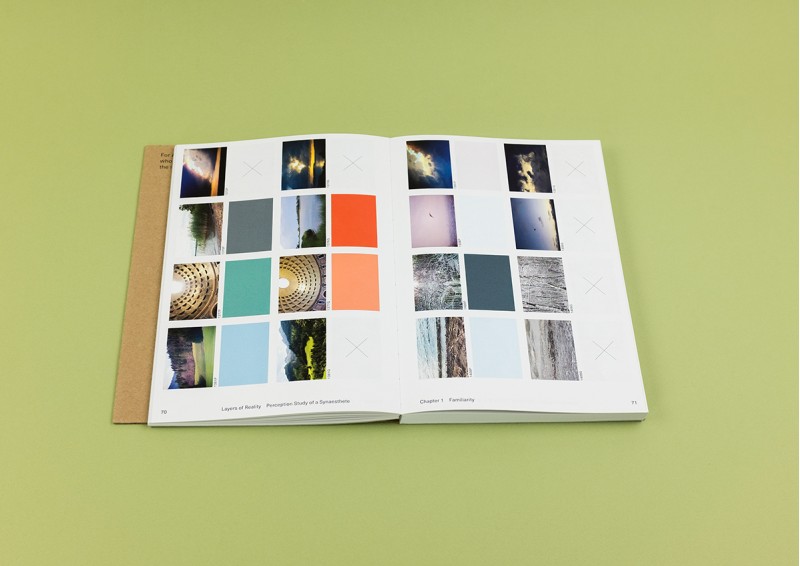 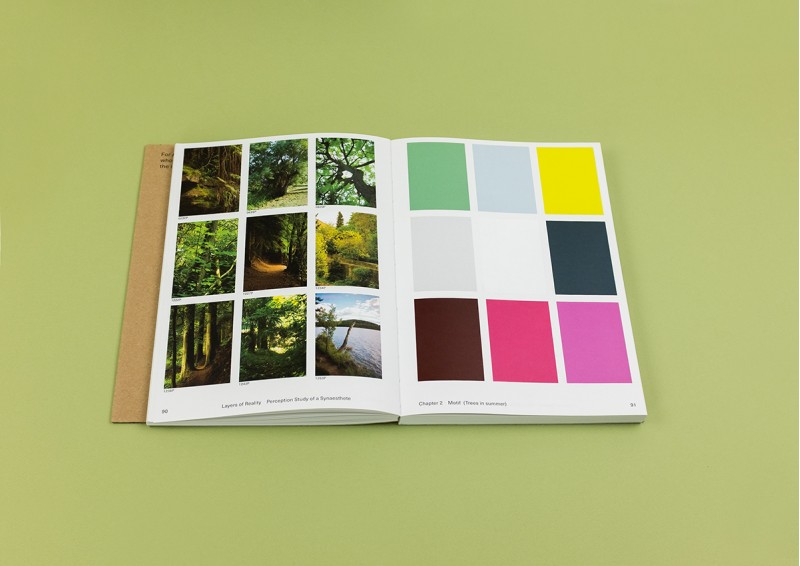 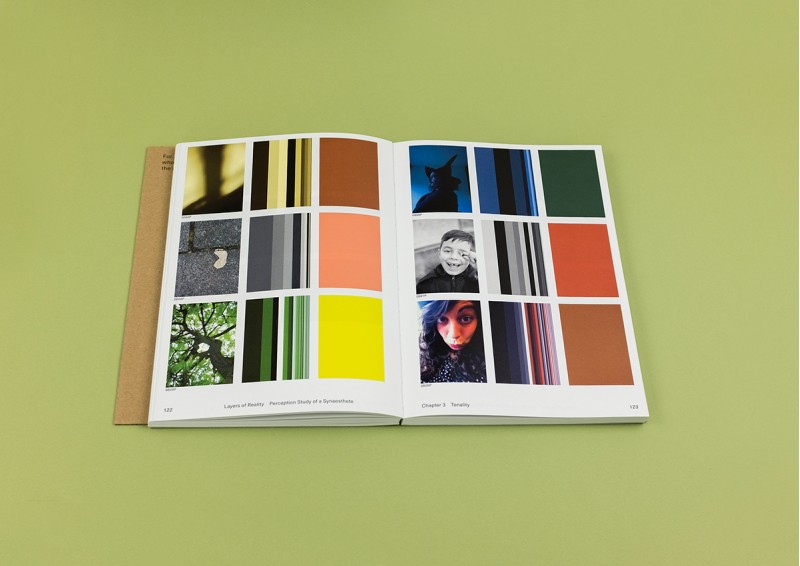 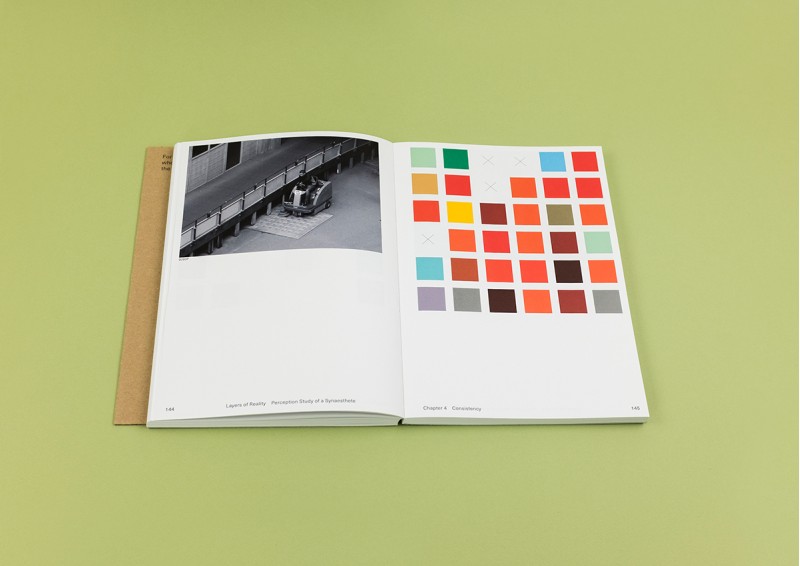 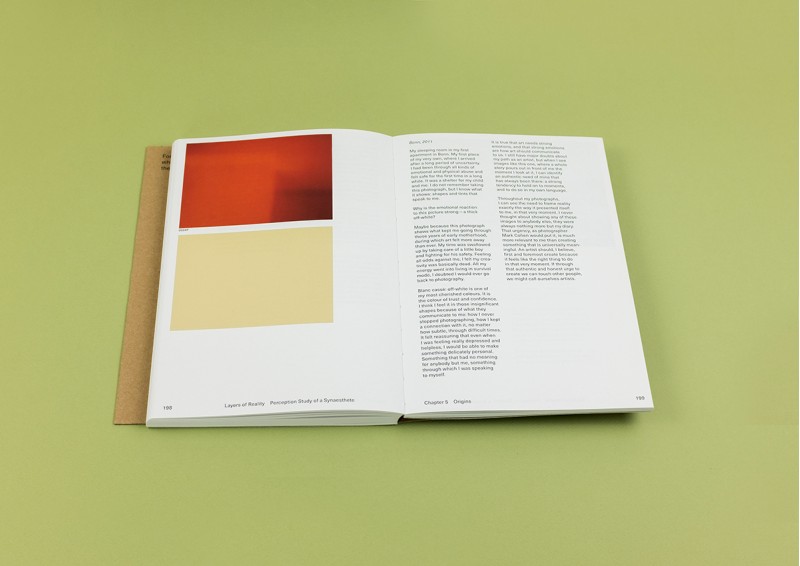 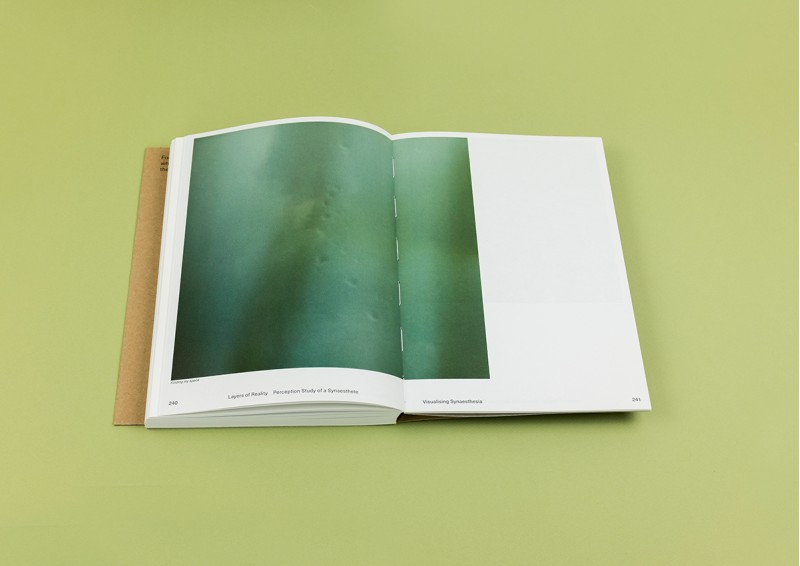 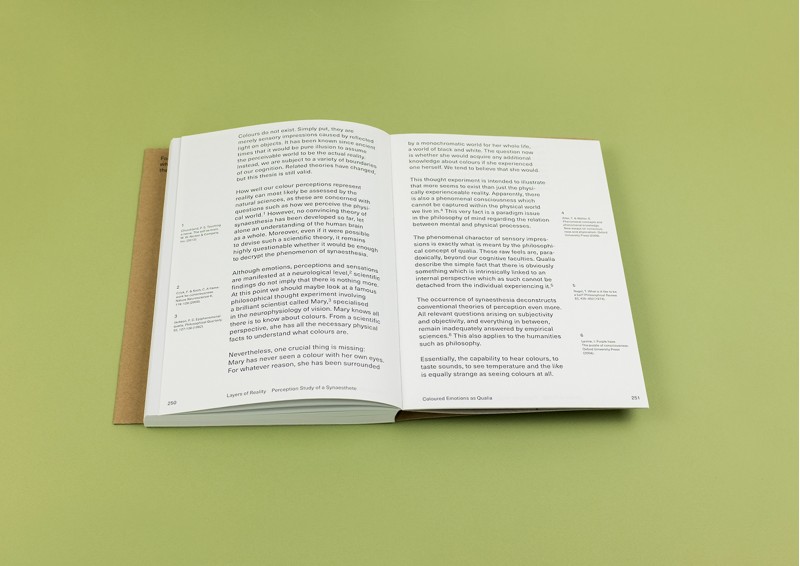 “As long as I can remember, I feel in colours. Over the last years, I grew more and more intrigued into this phenomenon, mostly because it seemed impossible to me to explain how I feel. I found the scientific terminology for it: synaesthesia.” — Anna Püschel

Synaesthesia means ‘union of the senses’. It’s a neurological phenomenon in which stimulation of one sensory involuntarily leads to perceptual experiences in a second sensory or cognitive pathway. The perception of letters or numbers as inherently coloured for instance, is a common form of synaesthesia. Long regarded as a neurological aberration, more and more scientist claim that Synaesthesia is a perfectly normal phenomenon and that a lot of people are experiencing synaesthetic experiences in one way or the other. Some people for example taste the words they pronounce, see colours when listening to music or smell the voices of the people around them. There are endless combinations. An approximate 7% of the population is supposed to experience strong synaesthetic reactions. People who report a lifelong history of such experiences are known as synaesthetes.

Little is known about the origin of synaesthesia. It has been suggested that the condition develops during childhood, when children are intensively engaged with abstract concepts for the first time.

Layers of Reality is both a personal and a semi-scientific research study of synaesthesia. Anna Püschel, a synaesthete herself, experiences colours when looking at certain images, and here, she questions her conception of reality. Using a large database of images, she investigates her synaesthetic reactions in an attempt to understand how we construct reality.

About Anna Püschel
Anna Püschel (DE/FR) is a photographer and visual artist. Anna Püschel studied Photography at St. Joost in Breda, The Netherlands, and Fine Arts at LUCA in Gent, Belgium. Her work focuses on invisible phenomena, questioning the consumption of reality. Layers of the unseen, aspects of our world we barely notice, come back in Anna’s work. She wants to point out that the world we live in contains much more than we are willing and able to perceive. In her work, she tries to make aspects of these hidden realms visible. Her photography combines analogue and digital, often using databending to interfere with the content of the image.